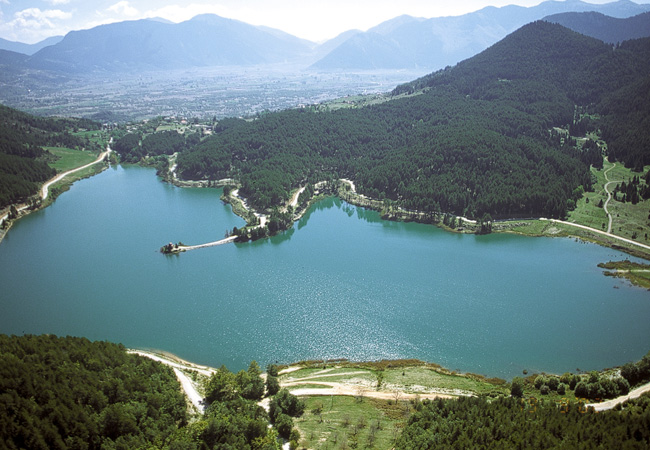 New finds and discoveries made on the excavations taking place within the five-year program "Ancient Feneos, held by the Inspectorate of Antiquities of Corinth and the Austrian archaeological Institute in Athens.

The most important findings of the defensive wall of steel, of a width of 3.20 m on the north slope of the Acropolis and the sanctuary, dedicated to the female deity, on the eastern plateau of the Hill of the Acropolis.

According to the Ministry of culture of Greece, 230 m long wall runs through the entire North slope of the Acropolis, reaching a height of (preserved) 4, 50 m. Fortification system reinforce four semi-circular towers 5.50 m diameter and another, representing three quarters of a circle with diameter from 5.90 to 6.00 m.

In turn, the sanctuary was dedicated to the female deity, and it was found on a plateau in the eastern part of the Hill of the Acropolis. The internal dimensions of the sanctuary, which has a rectangular shape, make up 15.50 x 4.00 m, and its building history revealed two periods-early archaic and late classic. This is evidenced by the many religious and offerings, such as good quality ceramic products (various vessels-skifosy and craters, compasses, urns, etc.), clay figurines and busts of female figures, copper and bone buckles, bronze ornaments, glass and bone, mosaic, etc.

Feneos was a city-state of ancient Arcadia. The ancient city is located in the southwestern part of the Prefecture of Korinthia, at an altitude of 770 m.