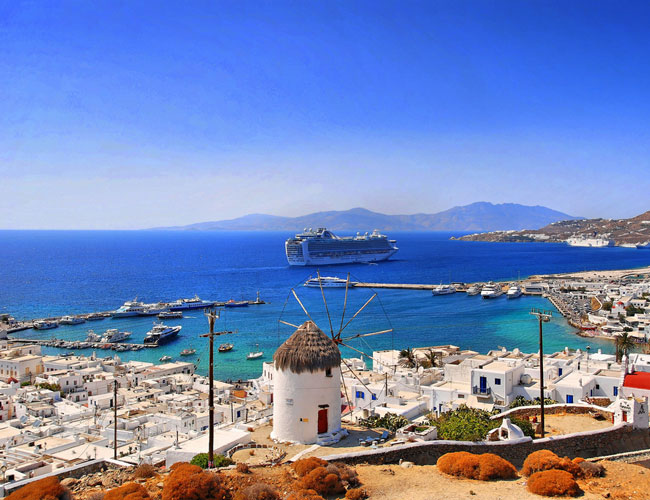 The British magazine Harper's Bazaar advises its readers to relax in Greece it is in "the Velvet season", namely, be sure to visit one of the nine islands which chose the revision.

First place in the list occupies Santorini! Predictable choice, but the island has the most beautiful sunsets year leads the list of most popular Mediterranean destinations. Santorini reviews travelers as possible lost Atlantis.

The second position is held by Crete! A paradise for gourmets and lovers of good food. Crete is the southernmost point in the Mediterranean Sea, it is very diverse, and locals delight its hospitality and cordiality.

Corfu is in the third place. According to the editors, this is the most "intuitive" for the British island.

In fourth place is a small island of Astypalea. The island is little known among tourists, but therein lies its main charm. It is ideal for lovers of simple, relaxing holiday.

Rhodes took fifth position. The island is wonderfully combined history, the spirit of which literally impregnated with local streets and gorgeous beaches.

In sixth place is not hibernate Mykonos! The island is famous for its vibrant nightlife. His grandiose party attracts not only those who love the nightlife, but also world-famous celebrity.

7th place-Ithaca! Island with mythical past, the homeland of Odysseus.

In eighth place-Andros. An ideal place for walkers and stunning scenery.

Closes the list of British favorites, Zakynthos! Tourists love the island, its clean beaches, the most photographed stave Bay "Navajo" and, of course, the turtles.