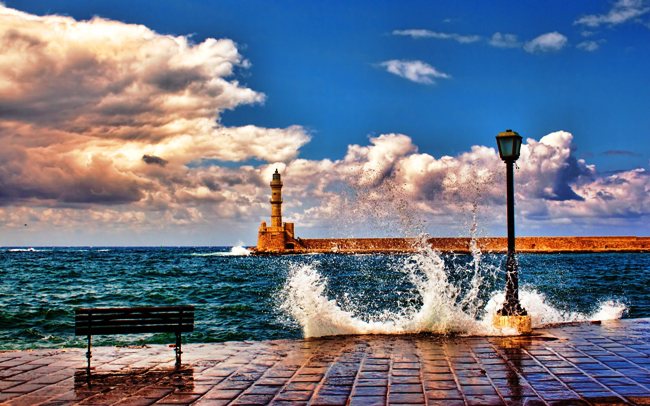 Roofless to Venetian mansions house, ambient restaurants and elegant bars. The archaeological museum and the naval museum are small but worthwhile museums. The Firkas fortress near the harbor runs off the best-preserved section of the massive fortifications which were built by the Venetians to protect the city from marauding pirates and invading Turks. Under Turkish rule Hania was the seat of the Pasha, while the Great Powers made Hania the capital; Iraklio became capital in 1971. Among the town's impressive buildings are the colorful market cruciform, the synagogue and the great arsenal and ship sheds along the harbor. Hania is on the site of the Minoan settlement of Kydonia, whose ruins are being excavated to the east of the harbor near the Turkish quarter.