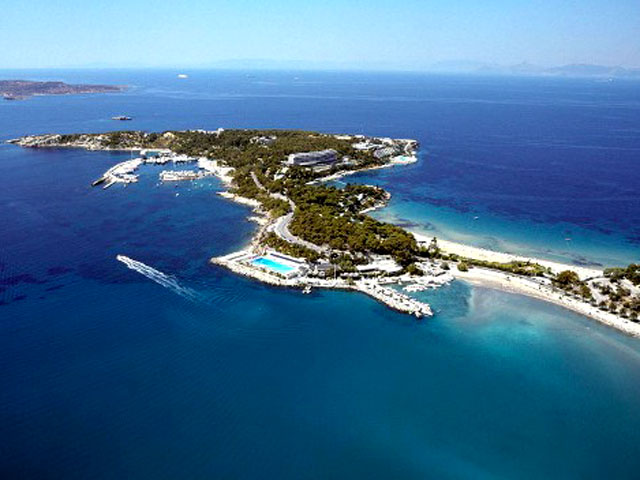 During the archaeological excavations on the beach in the area of Vouliagmeni, Megalo Kavouri, located within a radius of the Athenian Riviera, an ancient road was found 300 meters in length. The direction of the road, located between the waterfront and street Kavuriu, leads to the conclusion that the road connecting the ancient municipality corresponding to today's Voula and Vouliagmeni, with the port. According to the Ministry of culture, archaeological finds such as pottery fragments and coins belong to the 4 century. To the East the road probably crossed with today's Highway "Attiki Odos and Athens joined the Cape Sounion.

This project in Kavouri has been developed with the financial support of the National strategic framework of Greece and, subsequently, were financially supported by Athanasios Martinos, whose contribution enabled the research and turn Beach Megalo Kavouri in Archaeological Park.

All works were carried out under the auspices of the Ministry of culture of Western Attica, Piraeus and the Islands. This project is an archaeologist Mr. Amalidis, collaborating with archaeologists and historians. Mrs. Evrenopulu and Mrs Daifa