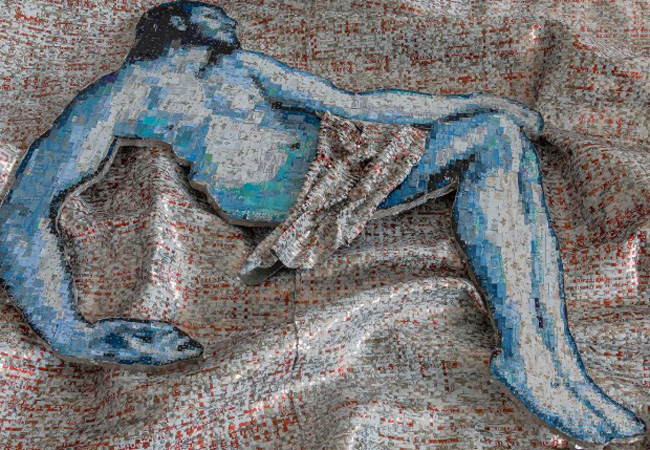 On the eve of the year of Russia and Greece cross-world-famous sculptor Nikos Floros accepted the invitation of Smolny Cathedral to represent Greece in Russia in the year of 2016.

On the occasion of this event, Nikos Floros holds an exhibition in Rhodes, in the Palace of the Grand Masters (Castello). Title of the exposition, which will last till October 5-"a tribute to El Greco. Sculptural paintings of Nikos Floros, Greece. The exhibition presents four paintings of the sculptor, created the 400-year anniversary of the death of El Greco.

A large exhibition will be held and Florosa Nicos State Museum Dominikos Teotokopulos (El Greco) in Toledo, Spain, at the personal invitation of the Director of the State Museum El Greco and the Ministry of culture of Spain. It should be noted, that will be the first Greek artist Floros, awarded the honor to submit their works next to paintings by El Greco.

On the occasion of the year of the Greek-Russian friendship, in Russia, in the year 2016 be held following exhibitions Nikos Floros:

Personal art exhibition «imperial collection. The sculptural work of Nikos Florosa, Greece ", which will include a sculpted painting with portraits of the family of the last Russian Emperor Nicholas II and miniatures of famous eggs Faberge.

State Museum of the Russian Academy of fine arts, Moscow