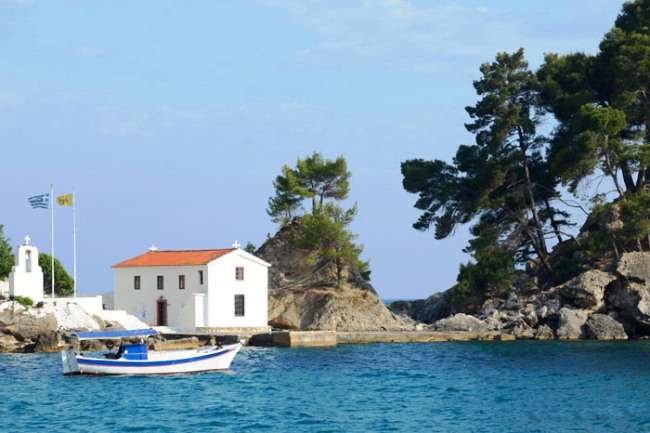 The Green Island of Panagia, is located just in front of the harbor of Parga, owes its name to the Church of Panagia with its characteristic Bell-Tower, is there.

The Church is built on the outskirts of Venetian castle and is apparently influenced by the Ionian architecture.

At the highest point of the island there is a beautiful French Castle, built by the French invaders in 1808 during their stay here (1797-1814), in order to check the small ships in the Harbor, which was not visible from the Castle.

From this castle has survived the precinct, the gate and the fortress, all smothered in Green Island's ...