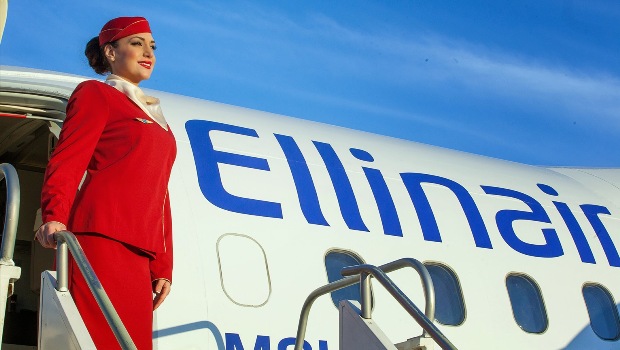 Greek airline Ellinair, based at the International Airport "Macedonia" of Thessaloniki, Greek holding Mouzenidis Group along with several other companies, including which leading tour operator in Greece Mouzenidis Travel. The airline's commercial Director Stavros Dal′âkas, an experienced specialist, who served in the past, similar positions in Olympic Airways, Aegean Airlines and Olympic Air, responded to questions E-Radio.GR and told about new airline plans regarding regular flights on domestic and international flights.

What are your new plans for flights from Thessaloniki?
Already begun flights connecting Thessaloniki and Heraklion, which will continue in the winter. In addition, we plan on such routes as Thessaloniki-Lesbos, where there is increased traffic, and routes connecting Thessaloniki with a number of foreign cities. Of course, the fact that in a country such as Greece, there is a small market, means that airports are not just maintain two companies with their own databases. In many cases, there are difficulties with maintaining internal lines. Problems can be avoided by combining them with movement from abroad.

Do you plan on cooperation with foreign airlines?
Yes, we reflect on this topic, like any big company, but you need to go through several stages. First of all, we must become members of IATA interlining agreement, which had already been in preparation and will soon be implemented. The second step is to become a full member of IATA, and I think it will happen this year.

Are there any additional expansion of flights from Athens airport?
Yes, we are planning flights Athens-Thessaloniki and Athens-Heraklion, increasing the frequency of flights with the winter season. With regard to the future of the fleet, Stavros Dal′âkas said that in the very near future we plan to replenish the fleet of new Airbus airliners.