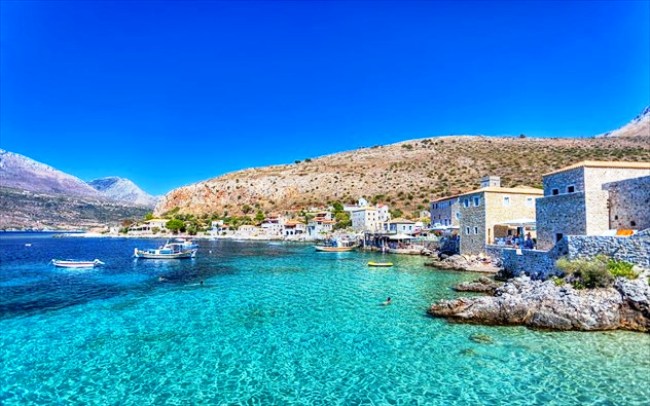 Mani is the region which covers the central peninsula in the south of the Peloponnese, is a wild, rugged place. Greeks from all over the country will tell you, so are its people. Such was the formidable reputation of the inhabitants of the remote inner Mani that many would-be occupiers opted in the end to leave them alone.

The people of Mani regard themselves as direct descendants of the Spartans. After the decline of Sparta, citizens loyal to the principles of Lycurgus (founder of Sparta’s constitution) chose to withdraw to the mountains rather than serve under foreign masters. Later, refugees from the occupying powers joined these people, who became known as Maniots, from the Greek word ‘mania’. For centuries the Maniots were a law unto themselves, renowned for their fierce independence, resentment of attempts to govern them and for their bitter, spectacularly murderous internal feuds. Dotted around the territory, particularly in the inner Mani, you’ll find bizarre tower settlements that were built as refuges during clan wars from the 17th century onwards.

Until Independence the Maniots lived in clans led by chieftains. Fertile land was so scarce that it was fiercely fought over. Blood feuds were a way of life.

The Turks failed to subdue the Maniots, who eagerly participated in the War of Independence. But, after 1834, although reluctant to relinquish their independence, they became part of the new kingdom.

It’s worth including this region in your itinerary. The steep tumbling skirts of the Taÿgetos Mountains (threaded with wonderful walking trails) and the tiny coves and port nestling beside they make for some memorable dramatic scenery. As well as the towers, there are magnificent churches and caves.