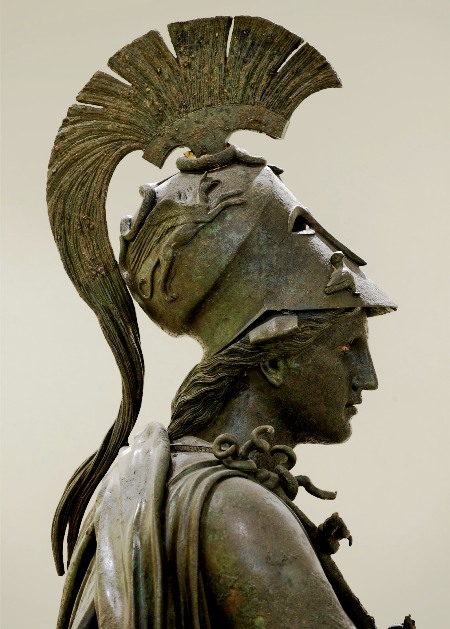 The Archaeological Museum of Piraeus offers visitors the representative and complete picture of the history of the city, which in antiquity flourished as a commercial purposesparty Centre of the Eastern Mediterranean and as naval dockyard of ancient Athens. The kind of exhibits, which come mainly from the region of Piraeus and the Attica coast, and timeouts covering, from the Mycenaean to the Roman era, is representative of the specific nature, the composition of the population and history of Piraeus. The Museum's collections consist primarily of excavation findings or random discoveries and of Antiquities while having traditions enriched with the donations of private collections, as the collection-Nomidou Meletopoulos and, most recently, Geroulanou collection.

The Museum is housed in a two-storey building, siding on the West and South side the Hellenistic Theater of Zea and has a total area of 1,140 m2 The exhibition spaces occupy the ten halls of two storey (1,044 m2), while in the basement (350 sq.m.) are maintenance workshops clay, metal and stone objects, as well as the location of the Museum, where archaeological findings from the area of Piraeus, the coastal area and Islands. The old Museum building (330 sq.m.), located right next door, is now used as a warehouse, sculptures, while the archaeological site of the theater of Zea is to operate open-air sculpture exhibition.

Master project of the Museum, which is supervised by the KST΄ Ephorate of prehistoric and classical antiquities, is gathering, maintenance, registration and preservation of old and new movable findings, drawn from the broadest range of Piraeus. The activities include the organisation of training programmes, lectures and other cultural events, as well as the gradual improvement of infrastructure building to better serve visitors.