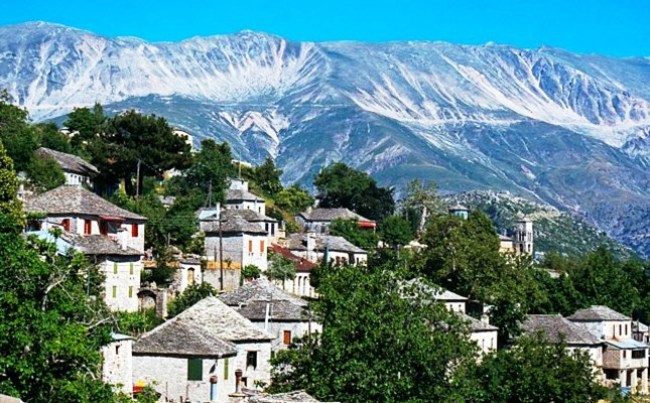 Aristi was one of the first villages of Zagoria which created schools (Greek mutual teaching method, and girls ' school).

Legendary hills of Ggrampalas, in the region, were vehement conflicts field during the Greco-Italian war in 1940.

Ornaments of the village is the Manor House of Stamatis, the Church of the assumption (a three-aisled Basilica, dating back to 1767 and was painted by kapesobites has the 1806), the Church of St. Athanasius (with woodcut ceiling and gilt, carved wooden screen), the churches of St. Nicholas and the Archangels.

Close to Aristi is an area of outstanding natural beauty, the River Valley, with crystal clear waters. The River, with its remarkable fish fauna and age-old plane trees on its banks, stems from the ravine of Vikos and Aoos on, near the village of Kallithea, North of High.

A rock near the banks of the River (3.5 km north of Aristi) is built a highly important religious monument, the monastery of the Virgin spileotissas founded the 16th century.

The Catholic, who painted in 1673, is dedicated to the assumption of Mary and has interesting architectural elements. At the top of the cliff stands the Bell Tower of the monastery. The surrounding area is overgrown by trees.

Northwest of the monastery of Panayia Spileotissa, near the village of Klidonia, stands an imposing stone arched bridge River (1853).