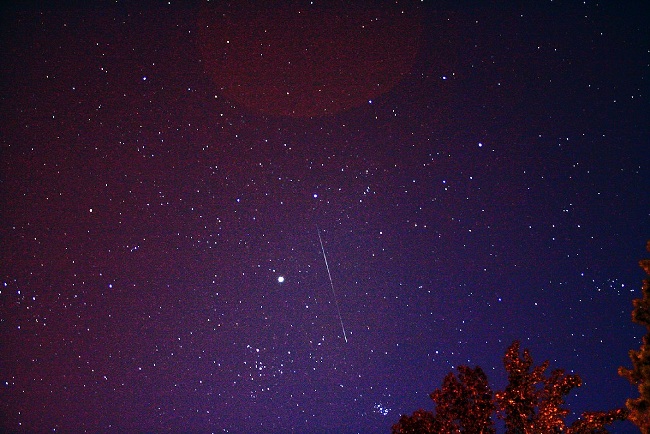 The Orionids Meteor Shower peak will be able to watch the inhabitants of the northern hemisphere, including Greece, the night of 21 and 22 of October 2015.

To watch the meteor shower is best from midnight until the first wee hours (when the weather is clear) on the Eastern sight of the sky.

Orionids Meteor Shower is of medium intensity, which takes place every year from early October until early November. The name of the Orionids got from the constellation of Orion. Meteor shower formed from the tail of Comet Halley.

The Orionids are the fastest meteors, and often moving with great speed of 67 kilometres per second, leaving deep traces in the sky.

And in the early morning of 26 October, there will be a connection of Venus and Jupiter (the angular distance between them is only one degree), while October 28, shortly before sunrise, in the vicinity of the two planets will and Mars, forming a triangle. They can be seen in the eastern sky. Between those two days, 27 October, there will be a full moon, which completes the series of 2015 years ,when the Moon passes cut its orbit to the smallest distance from the Earth. At this point, you can observe the larger moon disc than usual.