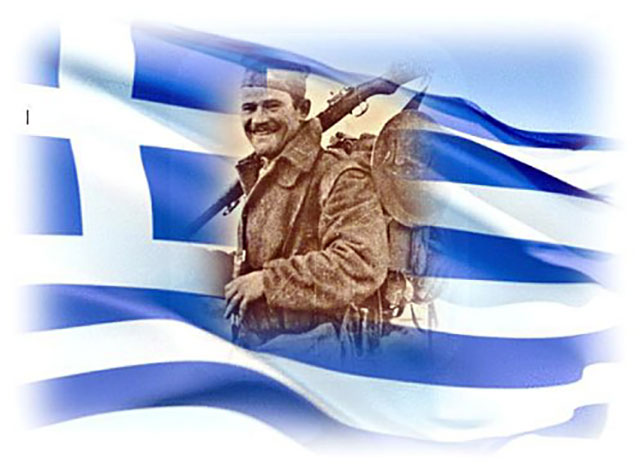 In October 28th Greece celebrates Ochi. On this day Greece pass a variety of holidays and official events.

Ochi day (Greek. Επέτειος του ' Οχι» — the anniversary of "no") is a public holiday in Greece, which is celebrated on October 28 in memory to reject the ultimatum brought Italy to the Greek the Prime Minister (Ioannis Metaksas October 28, 1940 year. The Greek word "όχι" [Ochi] indicating "no", is pronounced with the accent on the "o" and "όchi".

According to the ultimatum, which was brought by Metaksas Italian Ambassador in Greece, Emanuele Gracci, at dawn (4:00) October 28, 1940 year following disputes at the German Embassy in Athens the Greek Government was required to allow Italian troops enter into Greece and take a "strategic position" (ports, airfields, etc.) or, otherwise, would have declared war. Allegedly, the answer was brief: "όχι", that is "no". On the morning of October 28 the Greek population, regardless of the politicians came out to the streets, chanting "oohs. From 1942 onwards, this day is celebrated as Ochi day. Many scholars consider politically motivated Ochi distortion of information, pointing out that the real answer was the French phrase "Alors, c'est la guerre" ("this is war"). In response to Metaxas's refusal, Italian troops stationed in Albania, already occupied by the time Italy, 5:30 Greek border checkpoints. Reply Consulting has marked the entry of Greece during the second world war.

In his memoirs, released in 1945 year Gracci reminisced about how passed an ultimatum: Metaksas

"Mr. Prime Minister, I am available to convey this message," and handed him the document. I was watching the excitement in his eyes and hands. Firm voice, looking me in the eye, Metaxas told me: "this is war". I replied that this could have been avoided. He replied: "no". I added: "If General Papagos." but Metaxas interrupted me and said: "no". I left, full of profound respect for the elder, who chose the victims of enslavement.

During the war, October 28 was commemorated yearly by Greek communities around the world and in Greece, and after the war it became a public holiday. The events of 1940, annually celebrated by members of the military and student parades. Most of the public buildings in this day decorated with national flags.