Greek village on the Mainland have become very popular areas for spending the weekend with the arrival of autumn. Picturesque villages, painted nature in unique colors, will offer an unforgettable holiday, and local Greeks, who seek to explore all corners of the country.

Nemfeo was described as a "Holy traditional settlement". The village often include in tourist guides as one of the most beautiful in Europe. Surrounded by beech forest, crossed by many paved trails Nimfeo, along which built stone houses.

Kalarrites is built at an altitude of 1200 m, on the edge of a steep Canyon that leads to the river Kalarritikos. The settlement described as holy, through old traditional buildings-architecture samples of mainland Greece. In the central square of the village is a marble pillar on which are carved the names of local residents who excelled in trade and agriculture.

Dhimitsana is a village with stone buildings and ancient mansions, most of which were reconstructed in our days. The village is characterized as traditional due to the typical architectural style of Gortini. The main attraction of the region are the old and new monasteries Philosopher and Prodromou, which are located in the Gorge of Lucio.

The village is built at an altitude of 1,150 meters, on the slope of Koziaka. Petruli ski resort is one of the easily accessible in the country, thanks to its convenient location near Athens. 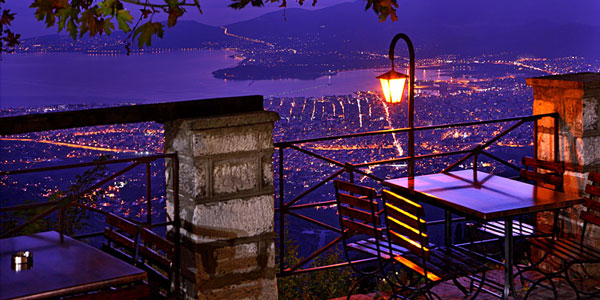 Makrinitsa is a traditional settlement of municipality of Volos. This is the most touristic mountain village in Greece, which is known for its traditional atmosphere of Pelion architecture and stunning hair and Pagasitikos Gulf.

Evergetoulas-this traditional mountain village, built at an altitude of 1080 meters. All buildings are made of stone, which in combination with cobbled streets creates a unique atmosphere. The central square of the village and the amazing beauty of the fountain are the hallmark of Evergetoulas. 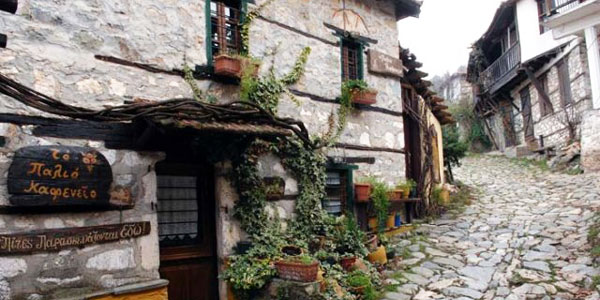 Palios Panteleimonas is considered traditional village thanks to its buildings, the best examples of Macedonian architecture in northern Greece. The village has managed to retain its original flavor, despite the fact that in 1950 year settlement blankly, when local residents moved to larger towns. In 1980 year Palios Panteleimonas was restored, and his life changed dramatically thanks to the rapidly developing tourism.

The cobbled blocks village is dominated by the magnificent mansions of wealthy merchants and winemakers of 18 and 19 century. Gorgeous residences are an example of 18th century architecture made by the artisans of Macedonia and Epirus.

Three beautiful villages located on the slopes of Ziria at 1000 metres above sea level. The upper, middle and lower Trikala is the favourite place of tourists. In Trikala are many important sights. One of them is the Church of St. Demetrius, the year 1697, whose walls are decorated with paintings of the era of expressionism. 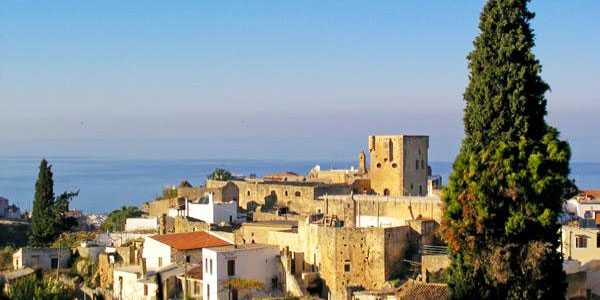 In the South-East of Rethymno, 10 kilometers from the city, is a traditional village of Maroulas, which retained the Venetian colouring. Maroulas is built on top of a hill, at an altitude of 240 metres and was described as a traditional settlement survived, preserved cultural value.