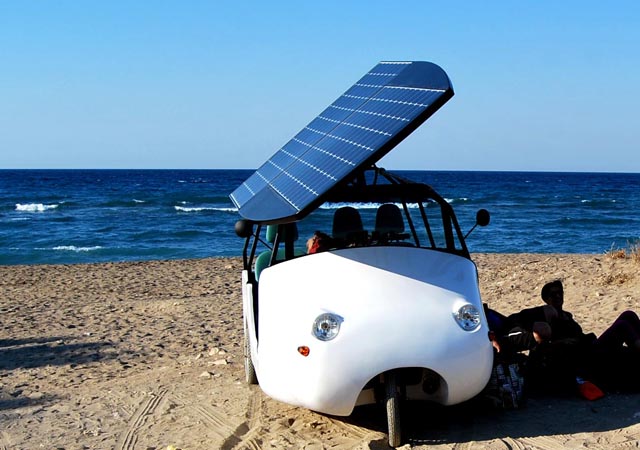 Greek car Sunnyclist running on solar cells, will soon be put into production. Autonomous and practical car was developed in Crete, and for his final design took 4 years. Sunnyclist cost is estimated at half the cost of a European vehicle on solar energy, i.e., approximately 6500-7000 euro.

The design of the triple- tire car with a hybrid engine is manufactured using the most advanced computer engineering programs.

At the moment the campaign in support of the innovation project, which will last two months, after which the developers intend to immediately start producing car Sunnyclist.