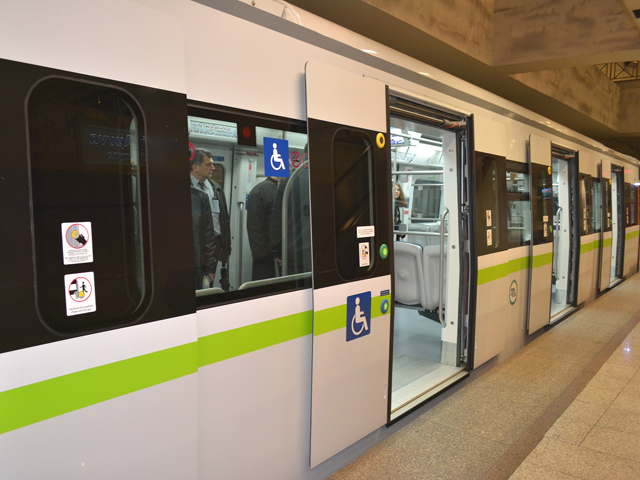 The Office for personal data protection of the population provided its consent to the installation of cameras in 17 subway cars line 2 and line 3 for security reasons.

By a majority vote, it was decided that the installation and maintenance of video surveillance system inside the cars, with the features and performance offered by JSC "City rail transport is an adequate measure to achieve the aim of data processing, taking into account the specific characteristics of the Metro (underground structures, many remote places, crowds of people) and the complexity of the effective implementation of other softer means. "

Despite the fact that, in the past, a similar requirement already rejected, its relevant decision mentions the document Center for the study of security issues and asserts the following:

-Security of the transportation system must have two main objectives: to prevent possible loss of life and the reduction of the damage caused by damage to installations and the interruption of the provision of vital services.

-Any physical security measures (staff and security arrangements) cannot develop throughout the network.

-Technological security measures and, in particular, the system of video surveillance, does not prevent the absolute degree of terror attacks, and other intentional acts, but may be significantly prevent action against protected areas and ensure clean, continuous and reliable image in cases of emergency or major incident massive losses in hard-to-reach or even temporarily inaccessible parts of the network.

A minority of the same opinion that "has not been reliably established that the system effectively reaches the target, and even more effective than when This role of the security workers, so that it was justified given a serious limitation of the individual right of personal data protection of passengers.

The installation of cameras presupposes the following prerequisites: (a)) in the carriages will establish pointers that will inform passengers about the presence of cameras b) passengers will always be access to this data in the video from being saved) the Chambers shall not exceed 48 hours, d) access to recorded material will be granted only to authorized persons, e) Dismantling removable media can be made only by using special mechanical key.