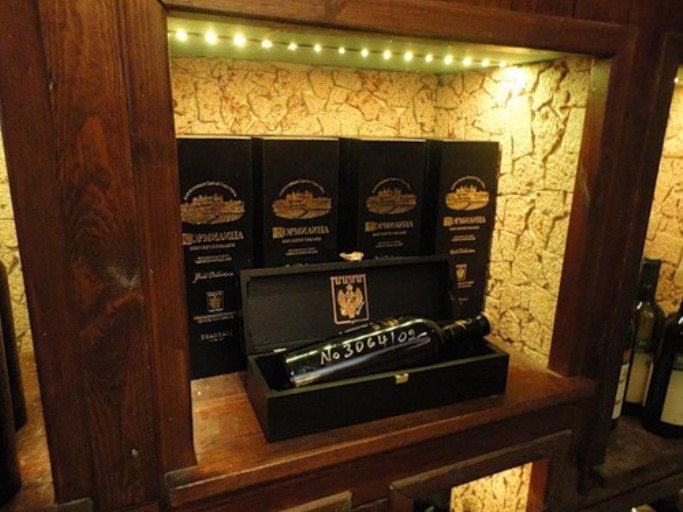 Holy Mount Athos vineyards produce its own wine, which is served in the Kremlin for their officials and visiting dignitaries. Wine, bearing the title "official wine of the Kremlin", called "nurse" and is made from grapes grown in the compound of St. Panteleimonas monastery under strict control wine farms "Tsantalis».

The vineyards are located on land surrounding St. Panteleymonas monastery on the slopes of Mount Athos. Grapes from old vines grown caring hands of monks going manually. It is worth noting that the specialized team of Kremlin studied in detail each stage of cultivation and wine production for more than three years.

A year is made from two thousand to five thousand bottles, depending on the crop, they are all numbered and marked with the Monogram handmade. Virtually most of the products sent to the Kremlin, but a small party comes to the other markets where this wine is appreciated for its unique taste and aroma.