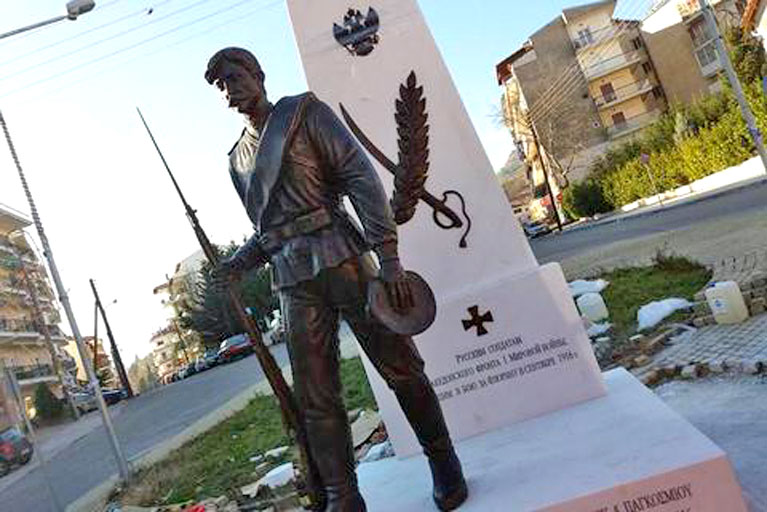 In northern Greece, in the town of Florina in honour of the memory of the dead at the Macedonian front soldiers, it was decided to establish a Memorial. During the first world war on this front has killed four thousand Russian soldiers.

Consul General of the Russian Federation in Thessaloniki-Alexey Popov took the initiative to memorialize their compatriots and to establish a Memorial. In 2015 year celebrated 100 years since the opening of the Macedonian front. The first battles took place in the nearby city of Florina, so it was decided to erect a monument to the Russian soldier on the Macedonian front.

Funds for production of sculptures were provided by sponsors from Russia and Greece. A memorial erected on one of the central squares of the city. A marble monument with a height of four meters is decorated with symbols of Russia, and before him stands the figure of the Russian soldier with a Mosin rifle in his hands.

The author of the monument is a famous Greek sculptor George Kikotis.