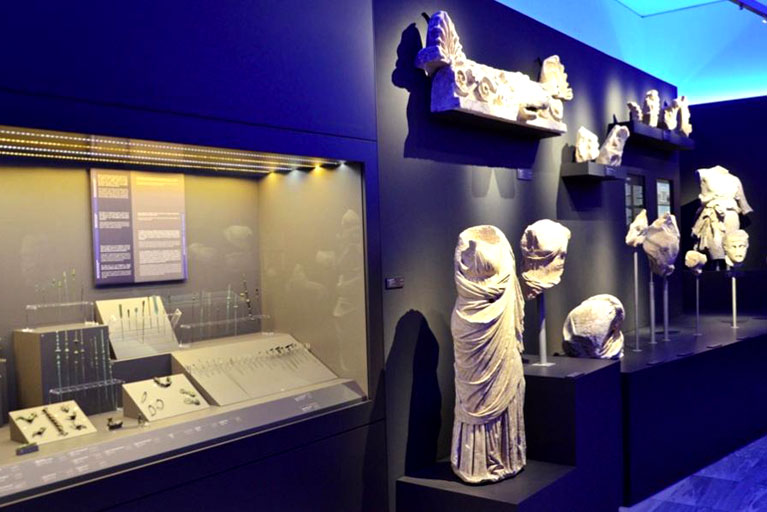 Greece's culture ministry and the Arcadia Antiquities Ephorate on Friday announced that the Tegea Archaeological Museum has been nominated as a candidate for the European Museum of the Year Award (EMYA) in 2016.
The museum was included in a list of candidates posted on the website of the European Museum Forum, which organises the competition, after a meeting of the judges' committee in Zagreb. The winning museum will be announced at a ceremony to be held from April 6-9 at Tolosa and San Sebastian in Spain.
The Tegea Museum's dossier was put together in the spring of 2015 and submitted to the EMF with the support of the Stasinopoulos-Viohalco Public Benefit Foundation. The museum is situated in the traditional settlement of Alea in Tripoli, in the centre of the Peloponnese and was one of the first public museums of the independent Greek state, founded in 1907. Recently, it was been extensively refurbished, with improvements to both the building and the exhibition, using EU funds and reopened in 2014. It is the only Greek museum participating in this year's EMYA competition.
Established in 1977 under the auspices of the Council of Europe, the EMYA is awarded annually with the aim of encouraging the best practices and innovative actions by museums in Europe.