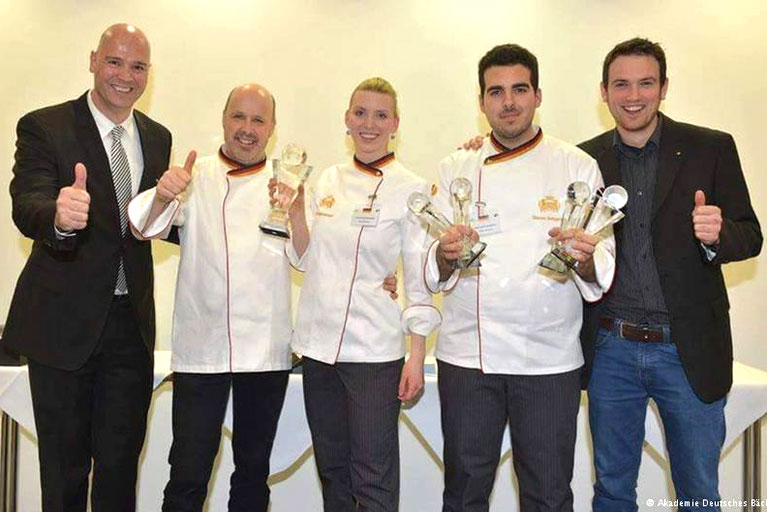 Even though he’s only 23 years old, Stavros Evaggelou is Europe’s best baker. In a recent competition for young bakers in Germany, he won the first award in four out of the six categories, which included the main theme of the competition which was homeland as well as best bread, best croissant and best innovative product and taste.

Evanggelou, along with his German assistant, baked a bust on an ancient Greek pillar surrounded by a lyre. “I tried to bond together, Europe, Germany and Greece,” he told Deutsche Welle. ” What they specifically liked were the combinations. For example, I made croissant with Santorini dried tomatoes, feta and basil. If you eat it, it’s amazing, unique in taste. I “took” Greece, linked it to Germany and “used” Europe as a base.” Evanggelou is not “new” to the art of baking, as he has been in the job since he was five years old. He grew up baking and making sweets in his family’s bakery store in Zografos, Athens. When he was 18, he went to Münster in North Rhine-Westphalia in Germany and studied in one of the top universities. After three years of studies he entered numerous competitions on regional and European levels, claiming the first place.

The next goal of the 23-year-old baker prodigy, is pastry making, for which he will obtain a diploma in a year, in combination with studies in finance.