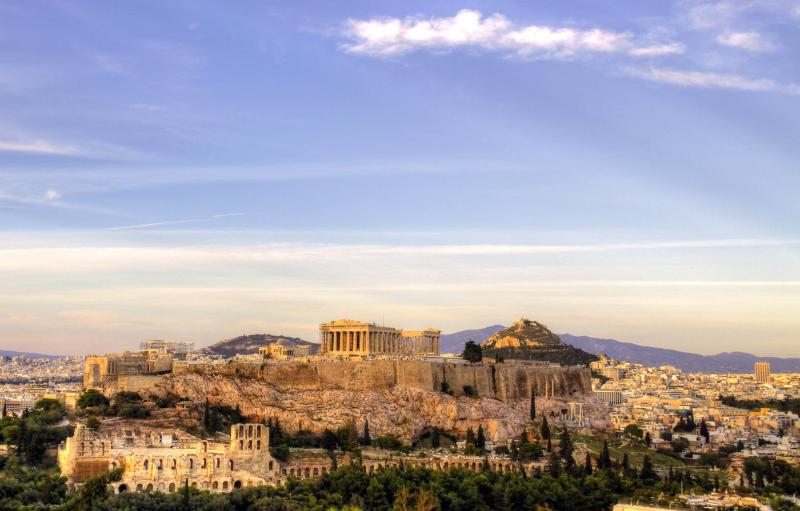 The largest tourist holding Mouzenidis Group expanding its investment in the hotel business, including to the well-known network of Bomo Club another strategic property located in the southern suburbs of the capital, in Glyfada, - Hotel Palace Bomo Club. Next year, the holding company is planning to expand its network in southern Greece and on the islands.

Just a month ago, at the end of December, the Coco-Mat company opened a new boutique hotel in the center of Athens, in the Kolonaki district, and today it is already planning to open a new one in the central districts of the capital, in close proximity to the Acropolis.

The company, which has gained popularity, mainly due to its successful development in sleeping products market, is not the only one. Plans to build new hotels in the center of the Greek capital, as well as far from it, as in the case of "Asteras" in Glyfada, is a reality, which aims to increase the hotel capacities in Athens, with record levels of attendance in the last two years and an increase of 22, 6% of international arrivals only in 2015. Since, therefore, with the arrival of the year .... 2017, Coco-Mat company, according to available information now provides architectural design of the new hotel in Athens, one of the few empty plots of land under the Acropolis.

A new project is being developed from the ground up and it will be more than a boutique hotel in the Kolonaki area and it is expected, if the construction schedule will be complied without delays, the hotel will be ready by the end of 2017. The year before, at the end of 2016, will be ready «Τhe Pulse», a new project that combines culture and hospitality, one of the minimalist and modern hotels in Athens at Michael Street Water, next to the "Larisis" station.

Reformation of the five-storey house in the center of alternative culture and hospitality, abandoned over the past 30 years, it was initiated by George Oratisom, and the project took over the team of architects Lab Dionisios Sotovikis.

«The Pulse Residences», currently being under construction, will include a gallery, 19 rooms and an attic space, which will operate as a bar or a loft.

The Construction company Grekodom Development with extensive experience in the field of construction and reconstruction of hotel facilities is planning in the next two years to triple the amount of work in Athens, according to the company's chief engineer Ioannis Kotanidis.

Six new hotels, four of which are beginning to function already, but the other two will soon be received permission for change of use (for a hotel) - and all of them are in Mitropoleos Street.

The most significant addition to the number of the capital's hotels in 2016 - a five-star complex in Mitropoleos street on Syntagma Square, in the former building of the Ministry of Education of the Hotel Holding Ilektra. The opening of the new hotel, with a capacity of 220 rooms, it is to open in the summer, probably in June, and currently represents the largest investment project of its kind in the center, worth 15 million euro for the overhaul of the building, owned by the Greek Church leased for a period of 35 years with possibility of extension.

The economic analysts of the company MBGcs predict a huge increase in investment in our country, in the hospitality industry, and because of the situation in the tourist market, in particular, over the past three months, 130 investors from abroad have sought its consulting services.

In addition, in the street Mitropoleos soon debuts «Τhe Zillers», a new boutique hotel group «Emporikon» hotels, which already runs a highly successful year in the street Aiolou on Agias Irinis Square. «The Zillers» will be opened in the former «Μagna Grecia», one of the main monuments of architecture with a history of over 100 years old, completely remodeled and updated in the new address.

From the new hotel chain of 48 hotels G. Margaritis, «Ο & Β Αthens Boutique Hotel» which is already functioning in the Psiri area very soon open in the street Mitropoleos, a few steps from the Cathedral of the Annunciation, the new «ΜΕΤ 34 Αthens Hotel». One of his innovations - spacious rooms - it includes 7 rooms 37-77 sq.m. - Is aimed at large families, thus complementing the lack of a hotel in Psiri. The building is protected by the state as an architectural monument, it was leased to the owner and will be opened by the end of March. Also to innovations in the street Mitropoleos true conversion property Chitiroglu to the hotel, which will start its work, apparently, under the auspices of the holding Daskalantonakis, although currently there is no official statements. Nevertheless, a few days ago, on the occasion of the 40th anniversary of the holding company's new CEO Vassilis Minadakis said that "a new luxury hotel will be added to the Grecotel chain, in the heart of Athens, beneath the Acropolis".

A new player from abroad

One of the dynamic arrivals not only in Athens, but the Cretan hospitality and is a credit to Greeks abroad, Mage Hotels & Resorts, the Greek-American investor with hotels in Panama and on the East Coast on the other side of the Atlantic. Opening of a new four-star «The Athens Tiffany Hotel», a capacity of 111 rooms - including 12 suites with views of the Lycabettus Hill - in the former «Fashion House» Groups Grecotel outside Piraeus is expected shortly before Easter, in mid-April. It will begin its work after investing 3.5 mil. euro in a building that belongs to the nursing home city of Athens, and was closed in 2011, at a time when many were closed central hotel. The building is leased by Mage Hotel & Resorts. Very interesting is the fact that the company has facilities in Crete and now takes a step forward in the Greek capital.

According to reports, has already held talks and discussed two other hotels, one of which (closed today) - a five-star hotel of the most famous in the heart of Athens. Another object associated with the state, which has its special place in the Greek capital of hotel history - it «Esperia» on Stadiou Street, which closed in 2010 due to the crisis. According to available information, there is a lot of interest from potential investors in the resumption of the operation of the hotel. Lawyers Fund as owner of the property, making an effort so that the Ministry of Labour had presented the necessary settlement, which would contribute to the overall development of the objects of real estate fund. The second lease object at a total of 1,500 square meters, belongs to the Archdiocese of Athens and is located at: Kolonaki district, st. Valaoritou 6. Adjusting the cadastral value of the property, carried out in January, seems to have been one of the obstacles to the completion of the contest in December to lease. The minimum monthly rent is set at 13,000 euro, all tender procedures are constantly postponed or canceled permanently since last summer ...

Another widely discussed as a new object in the center, which, however, no concrete decision is historic hotel "Pindaros" on Sofokleus street. Investing Company Athens Holidays, representing the interests of the holding company "Ifantis" central control "Fresh Hotel is" is "at a very early stage," requires a long-term licensing process, because it is a building protected by the state as an architectural monument.

Similarly, the license for the operation of the hotel have been provided by the competent public services of another five sites located in the streets of Ermou, Mitropoleos and Filellinon. The first of them - in the street Ermou 95, in the property, on the basis of permission, K. Sinetos, and also in Ermou number 121 at the intersection with the street Astingos permit has been issued on the subject G. Kontakos. In the street Mitropoleos 65, another license is issued on the project of Anagnostopulos brothers. In the street Mitropoleos 27 and 9-11 Patrou planned another hotel in a guarded building in Orange Partners property, and in Plaka Street, Filellinon 30-32, according to an old office building has also been granted a license for use as a hotel.

The plans of the Turkish Dogus Holding to expand its presence in the hospitality map of Athens, which is committed to playing a leading role in the Greek tourism with the key project "Asteras" in Vouliagmeni area. Holding company, which is known, is one of the key partners of Jermyn Street, which enters and "Asteras" after the completion of the relevant procedures (by the end of the first half of 2016), has acquired the former property of the Canadian Embassy in Kolonaki on the street Gennadiou to 4 million. Euro in the autumn of last year through its subsidiary MK Mykonos Hotel Company. There is information that Dogus acquire and adjacent land, owned shipowners family. While it is premature, but there are rumors that one of the scenarios, which is considered a holding company for these objects is the operation of hotels, for which, however, will require the issuance of a number of licenses, as the building of the former embassy in the street Gennadiou used as offices.

Not far from the center of Athens, in a number of promising projects, and the project has Theocharis holding on which, however, now there were contradictions on the part of local authorities to build a five-star tourist complex on 400 places in "Asteras" Glyfada district. The residents of the area appealed to the Council of State, calling illegal the decision approving the environmental conditions for the project ...