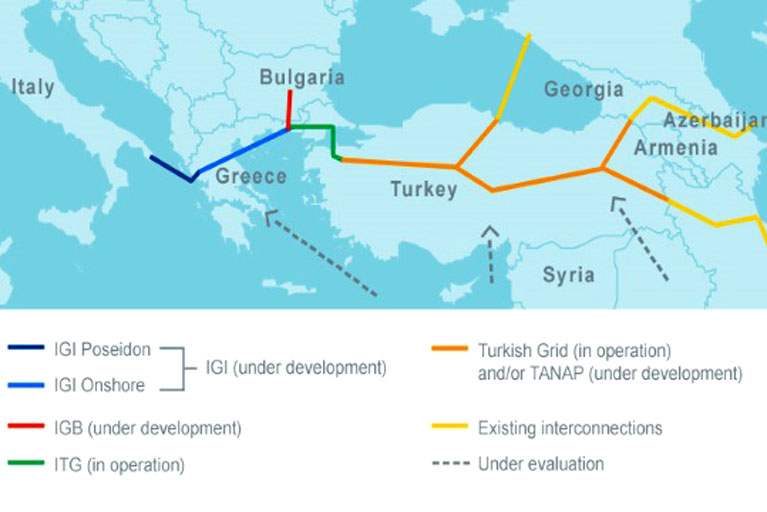 The chief executives of Russian gas monopoly Gazprom, Italy’s Edison and Greek state gas supplier DEPA – Alexey Miller, Marc Benayoun and Theodoros Kitsakos – signed in Rome on February 24, a memorandum to develop a natural gas pipeline between Greece and Italy “that will make possible the implementation of the southern route for the supply of Russian gas to Europe,” the three companies said in a press release.

The agreement was signed after the meeting of Miller and Italy’s Economic Development Minister Federica Guidi in Rome on February 24. At the meeting, Giorgos Tsipras, general secretary of Greece’s Foreign Ministry, was also present.

“The agreement reflects interests of the parties in the route of Russian natural gas deliveries across the Black Sea via third countries to Greece and from Greece to Italy. To that goal, the parties intend to take advantage and make use of work performed by Edison and DEPA within the ITGI Poseidon project,” the press release noted.