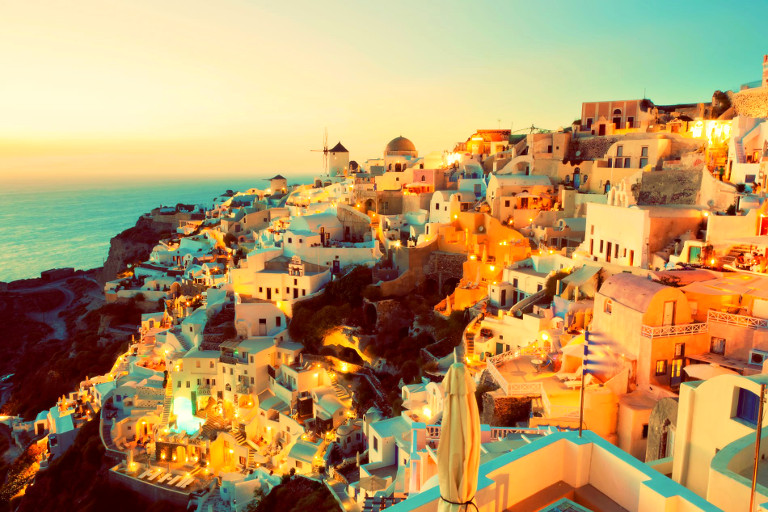 With two million visitors arriving each year — or nearly 10 percent of the total number of tourist arrivals for the whole country — as well as frequent first-place rankings in surveys of favorite holiday destinations, the Greek island of Santorini has emerged as one of the top tourism destinations worldwide.

There are currently 75 airlines offering flights to Santorini, with their number rising and flights arriving from dozens of countries, reaching as many as 57 a day during the summer months. Visitors also arrive on cruiseships that dock at Santorini from March until almost Christmas, letting off as many as 25,000 people a day.

According to Thira (Santorini) Mayor Nikolaos Zorzos, the island is very close to achieving the target of all-year tourism. He noted that some 100 hotels remained open throughout the winter of 2015-2016 — representing one eighth of the island’s total accommodation capacity — in order to serve visitors in the winter months. He noted that the small size of hotels on Santorini made this feasible, since hotels that stayed open did not have such high running costs as the larger units on other islands.

Zorzos said that Santorini’s goals in terms of tourists were not quantitative but how to better coordinate and distribute arrivals, in order to ensure that visitors had the best time possible. He said the Municipal Harbour Funds of Santorini and Mykonos had commissioned a study on “berth allocation” from the University of the Aegean in order to achieve this goal, so that arriving cruise ships only let off as many visitors as the island could handle.

The island was also seeking to develop theme tourism, such as gastrotourism, wine tourism, cultural tourism in its bid to become a year-round destination, with plans to open a new geology museum this year and increase available hiking routes from the current eight to 19, he said. Work on the island with EU funds was continuing, he added, such as a recent project to remove electricity pylons from the view down into the caldera.