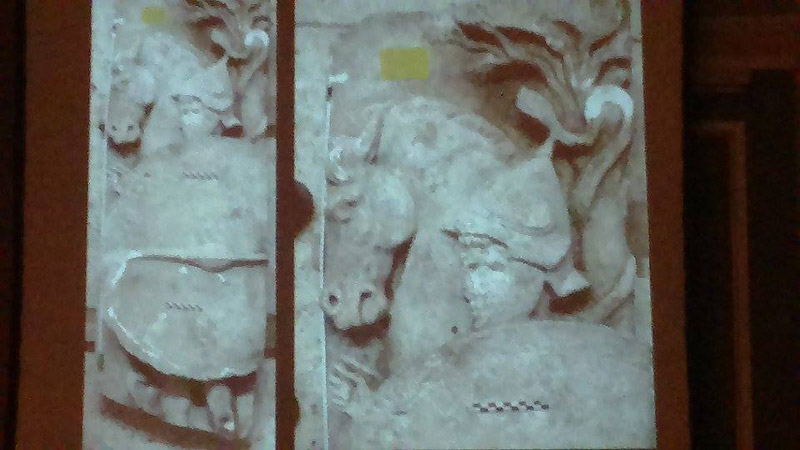 Archaeologists and historians have confirmed that the tomb discovered at the Casta Hill of Amphipolis belongs to the era of Alexander the Great.

A detailed frieze depicting a warrior wearing a distinctive Macedonian harness and the weapons of the dead leading a funeral procession is a clear indication of the era. The discovery was made on Friday, almost 20 moths after unearthing his tomb.

The warrior resembles other depictions of Alexander the Great. The style of the relief matches the estimated date of the monument, which, according to excavation chief Katerina Peristeri, is estimated to belong to the last quarter of the 4th century. The  frieze probably comes from the base of the famous Lion statue.

This find links the tomb with Alexander the Great, according to the experts. A few months ago, architect Michalis Lefantzis claimed that the person buried in Amphipolis tomb is Hephaestion, best friend and fellow warrior of Alexander the Great.