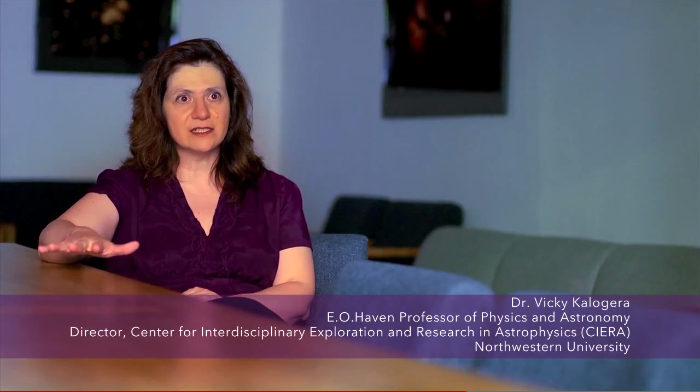 Greek astrophysicist Vicky Kalogera was among the scientists who made possible the direct detection of gravitational waves on Earth.

Scientists of the Laser Interferometer Gravitational-Wave Observatory (LIGO) announced on Thursday the direct detection of gravitational waves on Earth.

These elusive ripples in the fabric of space-time were first predicted by Albert Einstein one hundred years ago. Yet until now, no instrument possessed the sensitivity needed to measure their incredibly subtle traces.

The international team of scientists made the major discovery shortly after LIGO was switched on in September 2015 following a multi-year upgrade. The twin detectors, located in Louisiana and Washington State, recorded a tiny vibration suggestive of gravitational waves passing through our planet.

An analysis revealed the waves’ source: two inward spiraling black holes that smashed together to form a single black hole. It was the first time scientists had ever witnessed such a cataclysmic, space-warping event.

“(Einstein) wrote in his publication that these waves are so weak that there is no way they will ever have any practical meaning and there is no way we can ever detect them,” Kalogera said to newsit.gr.

The scientist says that research teams have worked for decades to detect these waves. “Some have dedicated their entire scientific career to develop these detectors,” Kalogera says about the team that consists of more than 1,000 researchers.

Kalogera explains that the discovery opens new horizons for the science of physics. “It is the beginning and this is so important. For the first time we open a new window to the universe,” she said, likening the achievement of LIGO to the work of Galileo for modern astronomy.

Kalogera is Erastus O. Haven Professor and associate chair of the department of physics and astronomy in the Weinberg College of Arts and Sciences at Northwestern University, and director of the Center for Interdisciplinary Exploration and Research in Astrophysics (CIERA).

She was awarded 2016 Hans A. Bethe Prize from American Physical Society on October 21, 2015.  The award recognizes her work with neutron stars, black holes and gravitational waves. Kalogera’s particular interest is binary systems, where two stars orbit each other.

She was born in Serres, northern Greece and in 1992 she earned a BS in Physics from the Aristoteleion University of Thessaloniki, and a PhD in Astronomy from the University of Illinois at Urbana-Champaign in 1997.