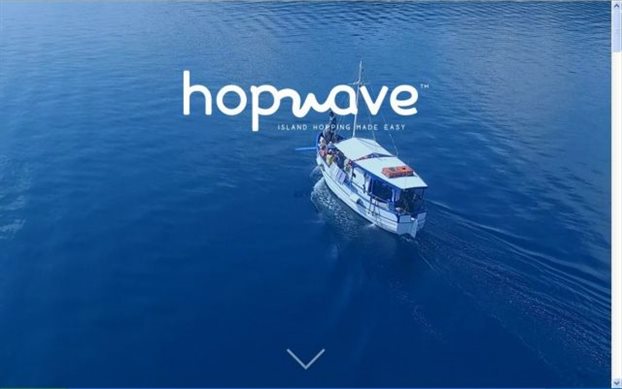 The “Hopwave” team, winners of the 1st Prize in the 2nd Maritime Economy Competition “Blue Growth Piraeus,” aspire to help tourists visiting Greece by providing useful information on the means of transport that they will need for their trip.

The innovators Giorgos Pilpilidis, Giorgos Siatra and Vasilis Arkomanis, designed and are constantly developing a mobile phone and tablet application, which helps those wishing to explore the Greek islands organize their vacation to extraordinary locations and facilitate their travel to various islands.

Their inspiration stems from their experience in the cruise competition “Get CruiseINN,” during which they realized how difficult it is to get tickets that go directly from island to island. While on the cruise and after visiting several Aegean islands, they also came to understand the importance of recommending tourists to other nearby islands that could be explored during the same trip. Since then, the Hopwave team began working on an application concept. The application ran for a trial period, during which it was met with enthusiasm by tourists who used it for attaining tickets to nearby destinations.

The originators of the concept aim to offer the application in Greek and English by the end of May. It is estimated that until then — apart from the island of Kos, where the whole concept began — information will be available for the islands of Patmos, Skiathos, Santorini, Rhodes, with the hope of offering travel assistance for several more islands and travel agencies in the near future.

The ultimate goal of the creative team is to make information available on activities, schedules, hotels, for most of the Greek islands by summer 2017. The team intends to make photos available for travelers as well as detailed information on the ships, including a preview of stops during the cruise, whether the price includes meals or not, and much more.

At the end of the cruise users of the application, will have the opportunity to evaluate their experience and even contact Hopwave, if they desire to give feedback on their vacation experience.