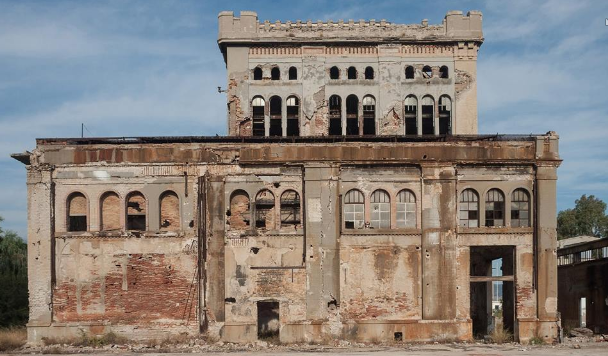 In an effort to create a huge data base of Athenian architectural wonders that are rapidly-disappearing , Monumenta is hosting a photo competition, titled “Greek Buildings in Danger“, that runs until October 16. Participants are called to submit photographs of exquisite buildings around Athens that are in a state of decay.

The goal of Monumenta – a non-profit organization that aims to protect the natural, cultural and architectural heritage of Greece and Cyprus – is to document architectural treasures constructed from 1830 through to 1970 and encourage their conservation so that they can survive in more than just a photograph.

“Thousands of buildings are abandoned to ruin and decay throughout Greece. Photograph them and submit five color photos to Monumenta’s photo contest so we can bring to light Greece’s architectural wealth in danger and to protect our cultural heritage!” urge the organizers of the contest.

Submissions will be accepted until October 16, 2016, with the results announced on November 10, 2016. There will be three top prizes and seven runner-ups who will be awarded books. All projects will be featured in a publication and photo display.

Photos, in jpg form, should be e-mailed to monumentaphoto@gmail.com

NOTE: Those interested in learning how to take sharp and precise photographs of buildings can take part in a photography workshop headed by Jeff Vanderpool, titled “Athens Monuments: Yesterday and Today”, that runs every Thursday and Saturday from May 12 through to June 2. Cost is 90 euros (80 euros for Monumenta members), 60 euros for students.