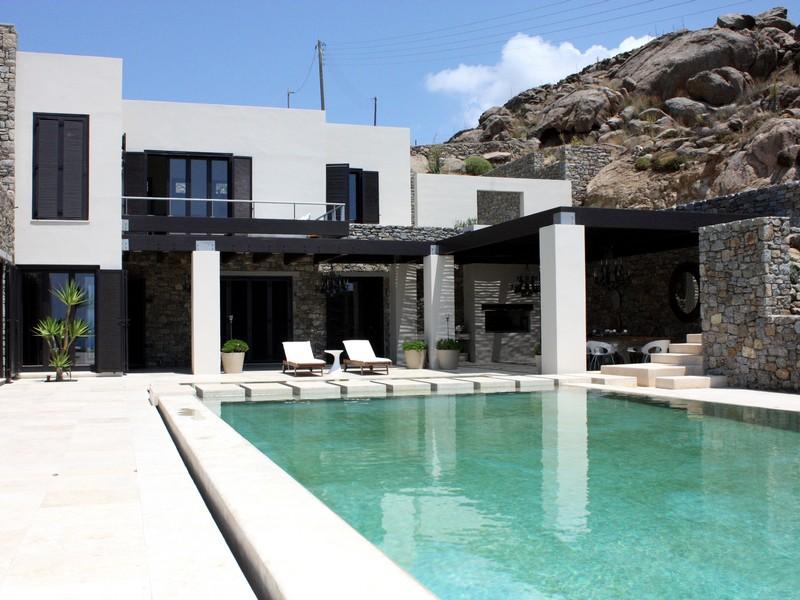 The islands of Mykonos and Santorini, two of the most favored tourist destinations, are the top choices for foreigners who want to buy a summer home in Greece.

There is a correlation between the nationalities of those who visit specific holiday destinations and the demand for summer homes in the specific places. For instance, Italians show a preference for islands of the Ionian Sea, thereby Italians choose to buy their second homes in the Ionian islands.

According to Lefteris Potamianos, vice president of the Association of Realtors of Athens-Attica, “Depending on the nationalities visiting each island or tourist destination, there is a corresponding client basis for the particular housing market.”

However, Greece’s two most popular islands, Mykonos and Santorini, are favored by foreigners of all nationalities. In addition, Mykonos attracts rich buyers from Israel, Russia, India and Turkey, even for houses costing over 1 million euros.

Similarly, there is great interest from rich buyers for houses on Santorini, in this case by many Chinese and French nationals.

According to real estate agents, the buying interest is primarily for cottages with direct access to the sea, while the majority of stakeholders seek newly built houses.

Another Cyclades island that has become very popular is Paros, where many real estate sales have been recorded recently. Germans, Austrians, Dutch and Americans have bought homes on Paros lately.

Ionian islands such as Kefallonia and Lefkada, aside from attracting Italians, also seems to attract the British, who choose to buy real estate properties there. Especially in Kefallonia, many British pensioners have opted to buy houses near the sea.

Correspondingly, on Lefkada there have been many sales to people from the Nordic countries, namely Sweden and Finland, have been recorded.

In the Dodecanese, Rhodes attracts many Italian, British, German and Russian buyers.

In Greece’s north, many Chalkidiki summer houses have been purchased by Russians and Bulgarians.