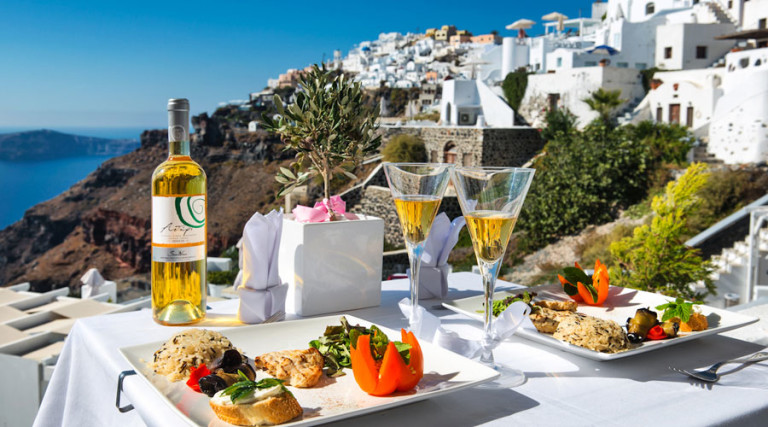 Following an initiative taken on by the Greek National Tourism Organization (GNTO) and the contribution of the municipality of Santorini, an episode of MasterChef Italia was recently filmed on the Greek island of Santorini.

The hopes of hosting the show in Greece was that it will help promote culinary tourism in Greece.

The episode focuses on a traditional wedding in Santorini as well as typical local cuisine.

MasterChef Italia brings in more than one million viewers in Italy and is therefore considered to be a priceless marketing resource in promoting Greece abroad.

The episode is due to be screened in January 2017 on the Sky Uno channel.