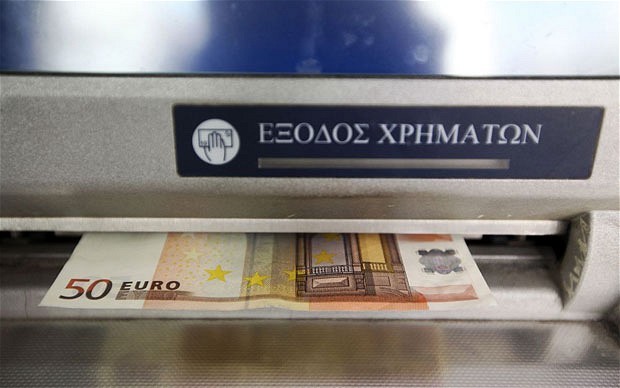 According to Greece’s banking association Greece might be able to lift most or all capital controls by the end of the year.

On Saturday, the association said that the controls which apply restrictions that only 420 euros a week can be withdrawn from banks might be able to be lifted as early as fall.

According to Reuters, Louka Katseli, a chair member at Greece’s second biggest lender, the National Bank, told Greek state TV: “Personally, I believe that the biggest part of the restrictions, if not all of them, can be lifted this autumn and toward the end of the year.”

Katseli noted that Greece is well on its way to having the controls lifted as the country already concluded with a positive first review of its bailout reforms this month, which helps to restore investor confidence in Greece.

However, in order for the capital controls to be lifted by the end of 2016, the ECB would have to give Greek banks access to cheap funding by accepting Greek bonds as collateral.

The country’s bond credit rating is currently low. In order to tap into the ECB’s regular and cheaper funding some changes will be needed.

The ECB is expected to get the ball rolling for helping Greece’s credit by waiving its investment-grade credit rating requirement at its June 22 Governing Council meeting, making it possible for Greek banks to start weaning off the emergency liquidity lifeline it has been living off of in recent months.