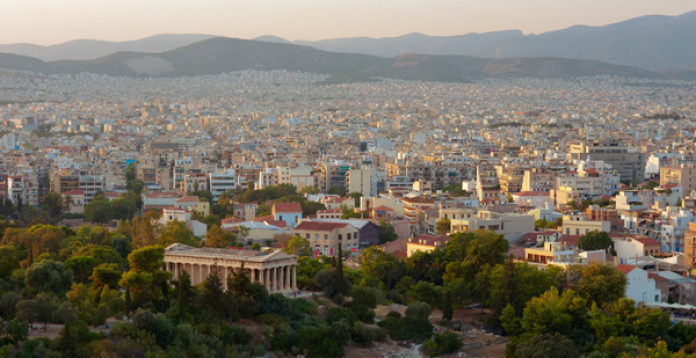 The Greek property market shows an improvement on the international index following the first quarter, according to the Global Property Guide. The study ranks Greece 39th out of 45 countries as prices were reduced by 5.3 percent on an annual basis, hence the improvement was not due to Greek market growth but due to a worsening of conditions on other markets.

A characteristic example is the 7.95 percent plunge on the real estate market of Dubai, the third worst market overall, but also a 7.3 percent decrease in Hong Kong where home prices are the most expensive worldwide. The biggest drop was noted in Mongolia where home market prices dropped by 10.9 percent, followed from the bottom by Puerto Rico at 10.85 percent. Russia (5.75 percent) and Taiwan (6 percent) also noted greater slides than Greece.

Noteworthy is the fact that, until recently, the Greek home market was steadily ranked in the three last positions in the Global Property Guide as prices slipped from 2009 onward. The Bank of Greece reports that it will be difficult for the country to improve its position with prices and demand is expected to continue on a downward spiral, though at a more controlled pace than in the past.

In 2015, the prices dropped an average of 5 percent, compared to 7.5 percent in 2014. From 2008 until today, the prices have been reduced by 41.3 percent with Athens (43.5 percent) and Thessaloniki (45.2 percent) noting the biggest drops compared to other large cities (36.8 percent). The Bank of Greece believes that policies related to the tax burden placed on properties, that in many cases, does not relate to real property values, and raises uncertainty regarding the long-term tax framework.