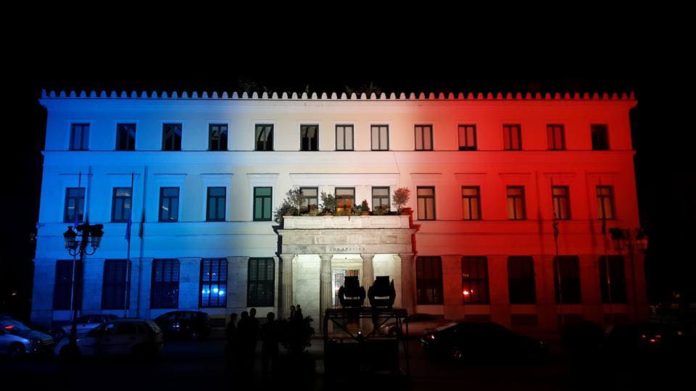 To express solidarity for France in the aftermath of the attack, Greek flags on all public buildings in the country will fly at half-mast for three days from Saturday. The gesture is a sign of mourning and a display of support towards the French people. The City of Athens will be lit with the colors of the French flag after 9 p.m. on Monday in participation of worldwide mourning for the French victims.

Greek President Prokopis Pavlopoulos called on his secretary-general George Gennimatas to convey his condolences to the French Ambassador in Athens, Christophe Chantepy. The matter was also discussed during a meeting with Athens Archbishop Ieronymos at the presidential mansion expressing the Greek people’s support after Thursday’s shocking terror strike.