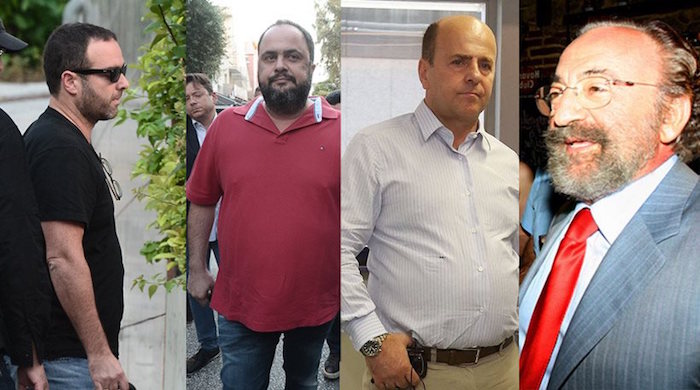 A fierce auction battle for four TV licenses saw media moguls locked up in the Kallithea building of the General Secretariat of Media and Communications without any communication with the outside world. For two nights and three days the tough auction saw eight candidates lock horns after Epsilon TV was ousted from bidding after not meeting the requirements.

The four victors of the auction emerged as the following:

2. Yannis Kalogritsas is a Greek businessman who is now entering the media sector in Greece. He bough the licence for a TV station to be formed at 52.6 million euros

Journalists camped outside the building, kept at a distance, while a long and tedious process thrashed out inside. The final license was the most tedious with 10 hours of tough battle between the final five candidates who did not want more than 60 hours of haggling to be in vain. Outside the confines of the Kallithea building, speculation was sky high regarding the first successful bidders with rumors of complications and new objections by the candidates who lagged behind in the tenders.

There was a break from tough negotiations at 17:00 before the marathon of offers and counter-offers continued until 21:00 Thursday when the decision was reached.

Now that the results have been officially announced, the four successful companies will need to undergo an assets test so as to ensure the legality of their offers. Following this, the licenses will be officially given as soon as the four national TV channels submit thirty percent of their final offer. Government Spokeswoman Olga Gerovasili said that that Digea will be obliged to only transmit the signals of the four official national channels within 90 days.