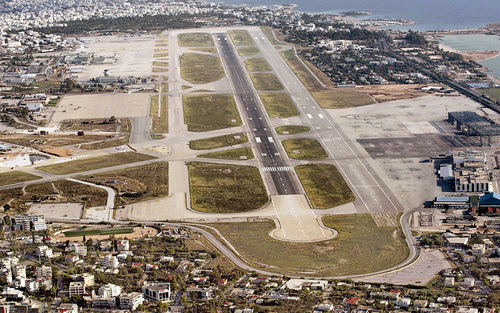 The debate on the draft law for the investment in the area of the former airport at Hellenikon started on Wednesday at the parliament plenum and ended with an evening vote in favor of the deal. All parties, with the exception of the Greek Communist Party (KKE) and the ultranationalist Golden Dawn, were in favor of the investment, however, there was opposition criticism of the Radical Left Coalition (SYRIZA) party’s 180-degree shift in view on a project that it had once opposed and had called a “sell-off.”

Culture Minister Aristidis Baltas said that the Hellenikon deal was a “necessary compromise on the democratic road to socialism.” State Minister Alekos Flambouraris described the deal as a victory since it included improvements and modifications to the original agreement.

SYRIZA Deputy Yiorgos Dimaras said he disagreed with the deal but would be voting for it. In response, ND Spokesman Adonis Georgiadis said, “The 5,000 euros a month is sweet.”

Despite the heated debate SYRIZA and its junior partner Independent Greeks (ANEL), as well as the main opposition New Democracy Party, the socialist Democratic Alliance and centrist Potami and Union of Centrists all voted in favor of the deal.