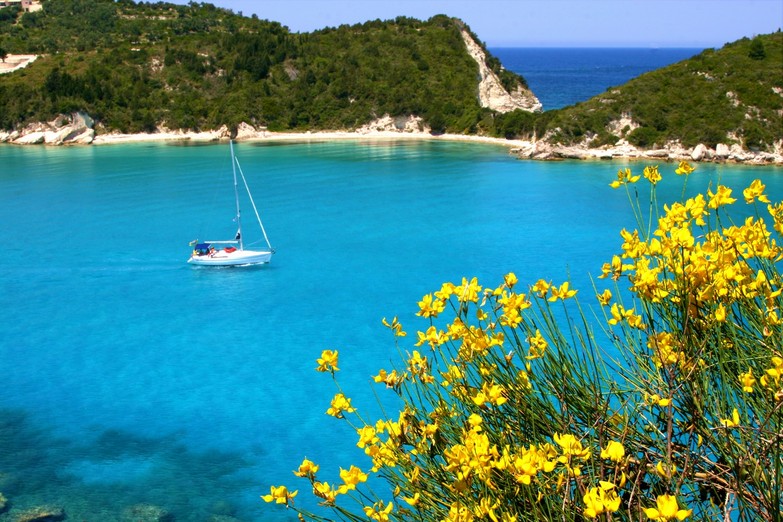 Greece’s Ionian Islands, including Corfu, Zakynthos, Lefkada and Kefalonia recorded a welcome increase in the number of July arrivals, according to regional authorities\ presented recent data

Road travel also picked up pace with more visitors from neighbouring Balkan countries and Italy. There was a drop, however, in the number of holiday-makers from Turkey.

Currently, pre-bookings for 2017 as well as the addition of direct flights next year show a growing interest in the Ionian Islands as a leading destination of choice. There is an impressive growth in tourists from Turkey, due to the good safety record Greece has as a tourist destination, tornos news wrote. There is also an increase of auto traffic coming down from the Balkan countries and an increase of tourists from Oriental countries such as China and Korea, Vice Governor of Tourism and Promotion for the Ionian Islands Region, Spiros Galiatsatos, said during a press conference last week.“All the data suggests that we will have a positive season. This creates an obligation for local authorities, businesses and professionals to be even more alert so that our guests depart with the finest experience possible,” noted Galiatsatos adding that the figures fall within the forecasts for the first half of the year.

Last month the  of the 2nd Quarter of 2016,was released, according to which Kefolnia had already gained a 10% plus on international arrivals  by now, travelnd Crete a 11%, by Lesvos diving in the shocking 63%, in June which is assumed to have reached the 70% drop by now according to travel agents and the local travel industry

The continuous growth of international tourist arrivals at the Athens airport from May 2013 has come to an end in April 2016, when a drop of 1.2% yoy was recorded. As a result, occupancy levels dropped from February 2016, but due to mild increases in room rates, RevPAR improved with 1.2% in Q2 2016.

In Thessaloniki international arrivals at the airport increased 6.2% during Q2 2016, which had a positive effect on occupancy levels in the city, while room rates mildly increased. Up to June 2016 RevPAR improved 4.8%. However, the crisis in Turkey will affect tourism flows from Turkey to Thessaloniki and to Greece in general. For Thessaloniki the Turkish market is the second major source market after Cyprus in terms of overnight stays on the basis of 2015 data and latest available data of H1 2016.

Overall, resort hotels have performed well so far during H1 2016, but there are major regional differences. Lesbos has been severely affected by the negative image of arriving refugees, but even though the situation has calmed down, tourists are staying away this year as indicated by the drop of 63% yoy of international arrivals up to June 2016. The island of Samos recorded a drop of 39% and Kos a drop of 18% over the same period.