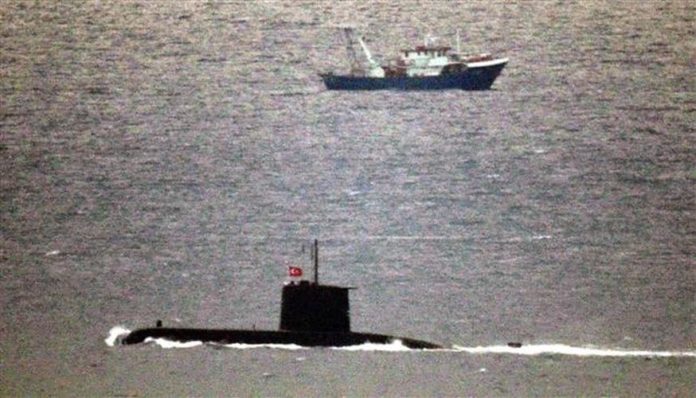 Greece has submitted a complaint to NATO regarding the presence of Turkish Navy submarines in Greek territorial waters during September.

The Greek Foreign Ministry and the National Defense General Staff (GEETHA) filed a complaint regarding the presence of Turkey’s submarines in Greek territorial waters that coincided with provocative statements made by Turkish officials disputing Greece’s borders and questioning theLausanne Treaty. The treaty defined territory between Greece and Turkey following the collapse of the Ottoman Empire.

The Turkish submarines moved around the Aegean near the inhabited islands of Lemnos, Samothrace Lemnos, Samothrace, Chios, Lesvos, Rhodes, Karpathos, Kastellorizo and the waters north of Crete. Six Greek ships were dispatched to track the submarines.