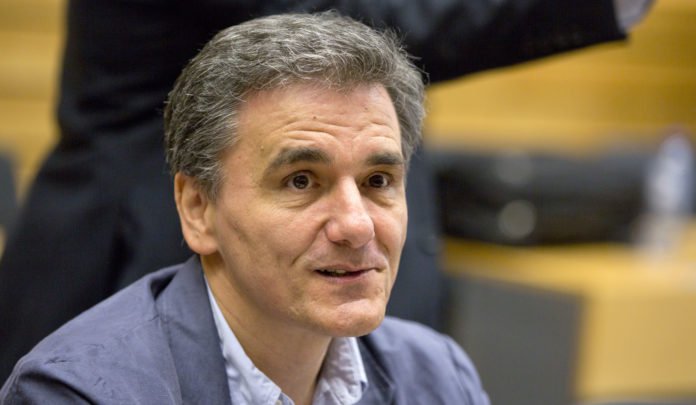 Finance Minister Euclid Tsakalotos said he’s pleased with the result of Monday’s Eurogroup as he spoke to the press after the meeting in Luxembourg.

“There was a very good Eurogroup for Greece. It was unanimously decided that Greece had completed the 15 milestones so that we can proceed to the 1.1 billion [euro] disbursement,” Tsakalotos said leaving the meeting.

He explained that the 2.8 billion euros will be disbursed in two tranches, as Greece has not yet submitted data for the payment of arrears in September, since the figures were not yet available.

The disbursement of the 1.7 billion euros which correspond to the repayment of arrears in September will take place on October 24, the minister said, adding that since the country doesn’t have any important payments due in the immediate future, “whether the 1.1 billion is paid before and the 1.8 billion is paid on the 24th of October is a secondary issue.

Finance ministry sources said the Eurogroup had approved the immediate disbursement of the 1.1 billion euros, finding that Greece had completed all the prior actions for the first review of the Greek programme.

The sources said that the remaining 1.7 billion euros were linked to the payment of arrears, with figures for July and August showing that Greece had more than met its target. The official figures for September could not be issued before the end of October, they added.

“The 1.7 billion euros will be disbursed on October 24, in other words after the meeting of the European Stability Mechanism (ESM), where the official figures for September will confirm that we are moving well above our target,” the sources said.