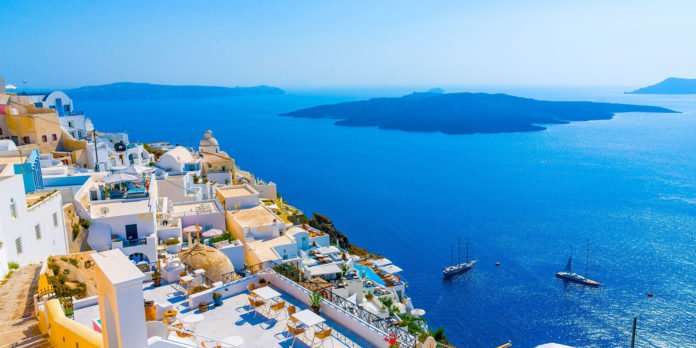 Santorini is the favorite Greek island of Americans, according to Ryanair figures.

The Athens-Santorini route is one of the five most popular destinations of the Irish airline for U.S. customers. Based on data from the website for customers from the United States, in 2016 Ryanair handled more than one million U.S. passengers in Europe during the summer season.

Specifically, the Ryanair website for the United States– which allows customers to make payments in dollars — recorded record traffic, as more and more customers use Ryanair for short trips between European countries.

The highest percentages of U.S. residents who flew Ryanair throughout Europe came from California, New York, Florida, Illinois and Texas.

The most popular Ryanair routes for Americans were: