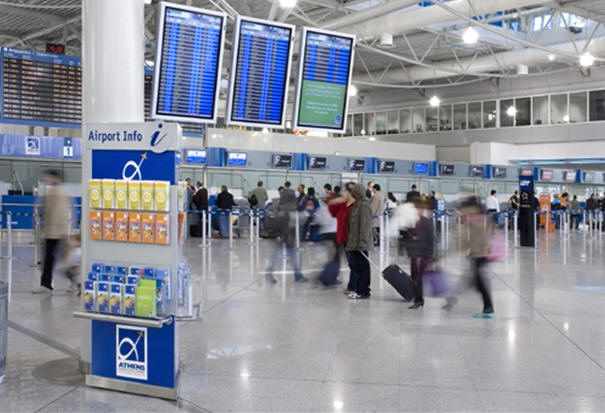 At the time Alexander Zinelli, Fraport Greece’s CEO said: “We are convinced that our engagement in Greece will act as a catalyst for the growth of the country’s vital tourism sector.”

Earlier this week the plans to implement the 400 million euros have been unveiled and will evolve over the next four years as George Vilos, Fraport’s executive director of commercial and business development said at a Greek Tourism Confederation (SETE) conference.

Starting sometime towards the end of January 2017, Fraport will start overseeing the undertaking of the 14 airports’ management, Vilos said.

One of the main focus points that Vilos pointed to involves upgrading and expanding the terminals of the airports.

Some examples of facelifts that are being proposed are expanding Santorini’s terminal building from 5,000 square meters to 15,000 square meters. While other airports such as Chania on Crete will have its interior renovated.

Vilos also mentioned that modern shopping centers will be implemented in the terminals.

In May, Zinelli explained to reporters why the strategy of Fraport is vital to Greece:

“Well-managed airports around the world have proven to serve as economic engines, which is also a goal for the Greek regional airports, with anticipated economic spin-off effects for industries such as hospitality, travel services, retail, construction and various services. The positive response already received from business leaders and other stakeholders is very exciting for this shared journey into the future.”