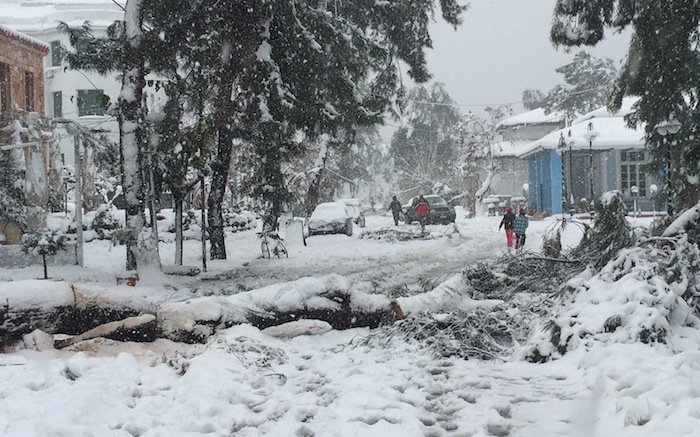 Weather conditions will deteriorate starting from Wednesday with heavy snowfall expected even in lowland areas. Northerly winds will reach 8 to 9 in the Beaufort scale in the Aegean and the temperatures will post significant drop. On Wednesday snow will fall on the mountainous and semi mountainous areas and gradually on lower areas of the country while heavy rain is expected to fall over the Aegean islands. From Thursday to Saturday heavy snow will fall on the eastern parts including Attica region (Athens) and over the Aegean islands. Low temperatures will be recorded throughout the country and severe frost in the central and northern parts of Greece.