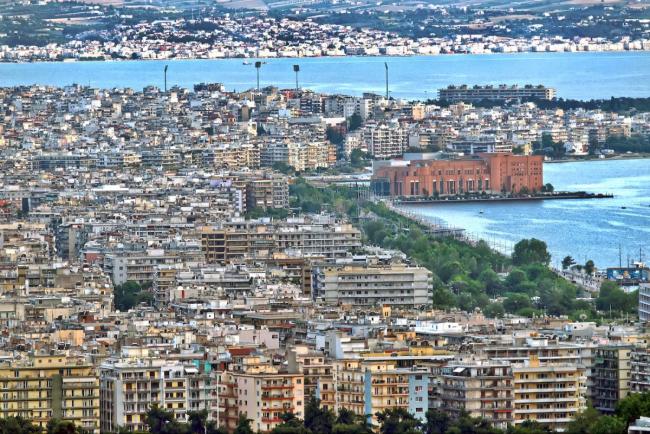 Political uncertainty in Greece's neighbouring country that started with the failed coup last summer has prompted a growing number of Turks to buy property in Greece. A key motive is the five-year residency permit Greece offers non-EU nationals when they invest capital in excess of €250,000.

Residency permits are also granted to the investor's immediate family and can be renewed after the five years are up.

Data is scarce but government officials say that residency visas have been offered to Turks for some 50 properties purchased up until the end of January at a time when home transfers in Greece have just about frozen.

In coming months, Greece is expected to complete the process of issuing more residency permits to Turkish investors, according to a Greek government official.

Real estate brokers say that most homes purchased are in Athens with Thessaloniki also high on the list due to the close proximity to the Greek-Turkish border. The spike in interest is expected to continue throughout the year, brokers add, as many Turks are trying to sell their assets to bring money for their investments in Greece.

Greece's housing market is reeling from the country's eight-year economic downturn, with prices having slumped by an average of 42 per cent.
Renewed uncertainty in the country due to concerns over Greece's public debt sustainability have hurt fragile sentiment in the economy and is expected to create more downward pressure on residential property prices.

"The recovery of the holiday home market was apparent in 2016," broker Algean said in a flash report last month.

"The interest from abroad was further reinforced with demand coming from Europe, Russia, China, the US, Lebanon, Turkey, Egypt, and the United Arab Emirates," it added.

This demand is providing some relief to the property market. High unemployment levels in Greece, a weaker than expected economic rebound this year, and an ongoing credit squeeze are seen as weighing on housing prices.

"Drops in residential and commercial properties are seen as continuing in coming quarters but at a slower rate," said the Bank of Greece, the country's central bank, in its latest annual report.

Apartment prices in the centres of Athens and Thessaloniki are proving to be more resilient than the broader market, helped by a strong tourism industry and demand for short-term rentals stemming from platforms such as Airbnb.

The pace of the drops have slowed down in recent months and prices could be close to bottoming out, the latest data suggests. Figures from the Bank of Greece show that apartment prices in the last three months of 2016, eased by 0.6 per cent versus a drop of 5.1 per cent in the last quarter of 2015.