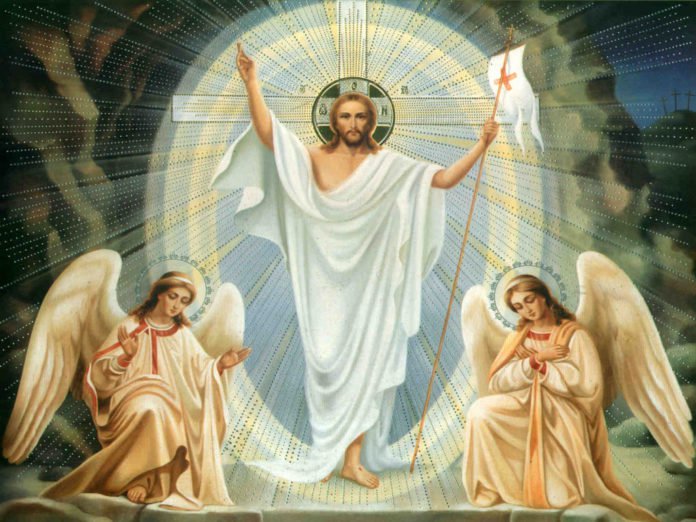 The last day of Lent and the Holy week is Holy Saturday — the day in which the Greek Orthodox Church commemorates Jesus’ burial and his descent into hell where he preached to all the dead.

On this day, the Church reminds us of how the chief priests and Pharisees asked Pontius Pilate to secure the tomb of Jesus for three days out of fear that his disciples would attempt to steal his body and then claim that he was resurrected, as they believed that this act was to be Jesus’ greatest deception.

On Saturday, the Church commemorates the events of this Holy day with the Resurrection Mass takes place on the night of Holy Saturday.

During the Mass, a few minutes before midnight all the lights are turned off and the priest exits the altar holding candles lit by the Holy Light, which is distributed to all the people inside and outside of the church. At midnight, the priest exits the church and announces the resurrection of Jesus which is followed by the light and the sounds of explosions of firecrackers being set off.

People return to their homes following the Resurrection Mass, carrying their candles to their doorways where they use the smoke of the candle to make the sign of the Cross. The flame is kept burning for thirty to forty days in their home.

Afterwards, Greeks sit down to eat mageiritsa soup together — a soup made from lamb or beef offal. Then after their meal, everyone takes a red-dyed Easter egg to play a game called “Tsougrisma,” where whoever has an egg that doesn’t crack when tapped on their opponent’s egg wins good luck for the year!