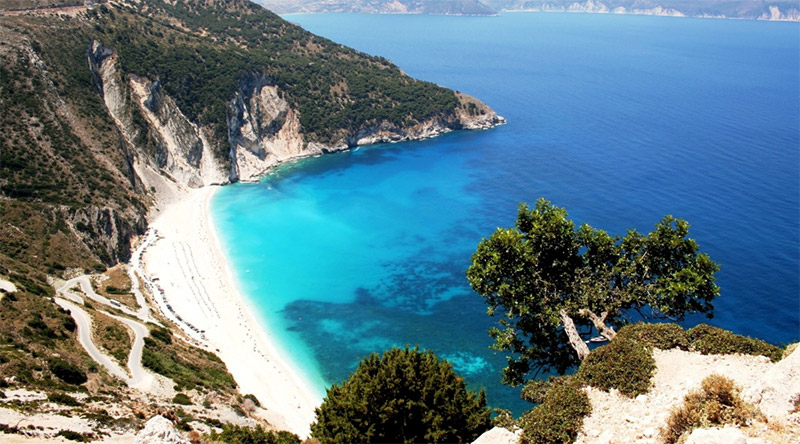 On the island of Kefalonia, in the beautiful Byzantine city of Monemvasia and on the peninsula of Chalkidiki, the different shots will be hold by famous foreign production companies. Large television channels from Russia, France and Belgium from April to May will shoot in Greece with the support of the Greek National Tourism Organization, as part of the strategic planning of the Minister of Tourism Elena Kountoura, to demonstrate popular and less well-known Greek destinations abroad 365 days a year.

1. The Live-Planet TV will conduct shootings in the Ionian Sea (Corfu, Kefalonia, Zakynthos) in order to promote islands with a special natural beauty and rich local biodiversity.

2. Athens, the Saronic island of Angistri, the coastal village of Tiros, the village of Leonidio, the fortress town of Monemvasia and the town of Nafplion will visit the Belgian television channel RTBF and its famous "BBDM" program "The Belgians on the World's Edge".

In April, the same shooting will be conducted:

1. In Athens, on the island of Euboea, on the Peloponnese Peninsula, in the city of Thessaloniki and on the Chalkidiki peninsula by the Russian state information television channel Rossiya-24, which aims to produce a series of video and television programs aimed at the Russian tourist and tour operators.

2. In Athens, the editorial board of the popular radio broadcast "Silence, ça pousse!" Of the French television network France 5 in order to facilitate the organization city breaks to the Greek capital.

This is four more filming, developed, implemented and supported by the Greek National Tourist Organization, within the priorities set by the Secretary General of the Organization Dimitris Trifonopoulos for the dynamic promotion of Greece abroad through the entertainment industry. According to him, "such familiarization trips of journalists or bloggers and major tour operators, organized by the Tourist Organization and its local branches, are a strategic option for the development and promotion of the country with the least possible costs."