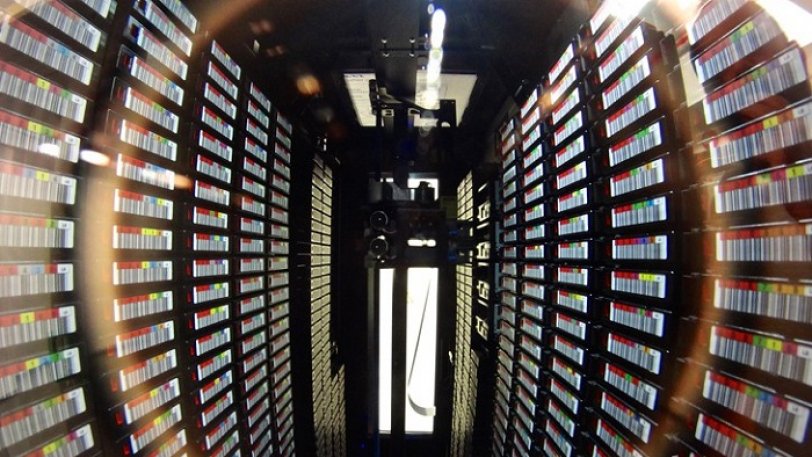 The Greek National Research and Technology Network (GRNET) is ready to present to the public the premises of the ARIS (Advanced Research Information System), the  national supercomputer system.

GRNET wanted to give everyone an opportunity to discover the potential of one of the most advanced technological projects in Greece that facilitates the implementation of large-scale scientific applications.

The tours will take place on May 22 and from 10 a.m. to 1 p.m. at the Ministry of Education and Research in Marousi. Specialists of GRNET will welcome visitors in groups of 15 people. Visiting groups will be on a first come first served basis.

The initiative takes place in the context of “Open Days 2017,” an open event of the “Europe in my Region” 2017 campaign. The program gives European citizens the opportunity to discover results and learn more about co-funded European programs and the importance of such programs to national governments.

The ARIS supercomputer started operating in July 2015, providing a powerful research tool to Greece’s scientists. In the first months of its operation, it was included on the list of 500 of the world’s most powerful computers, putting Greece on the world map of high-performance systems, although it is no longer included in the list.

Until recently, the lack of such a computer system in Greece was hindering the development of research programs and widened the digital divide between Greek scientists and their colleagues abroad. Thus, the National Research and Technology Network, in cooperation with Greek academic institutions and research centers designed and implemented the creation of the first national super-system.

ARIS is an IBM NextScale system, consisting of 426 subnetworks (nodes) interconnected in a network. Each node is equipped with two 16-bit Intel E5 2680v2 processors and 64 Gbyte memory. The system offers a total of 8,520 processing cores (CPU cores) and 27 TByte memory. In addition, it offers 1 Petabyte storage space as well as software for the development of scientific applications. It has achieved a maximum computing power of 180 TFlop / s (180 trillion floating point operations per second). The system is hosted in the properly configured data center of GRNET at the Ministry of Education and Research in Marousi.

ARIS has been incorporated into the pan-European ecosystem of supercomputer systems, managed by the PRACE (Partnership for Advanced Computing in Europe), a non-profit organization based in Brussels. PRACE, of which GRNET is a founding member, comprises Europe’s most powerful computing systems. All members of the scientific and research community operating in Greece have access to the national super-accounting system and have the right to use it, if they are conducting research that requires the use of supercomputers. Today, more than 350 users from 90 scientific teams, active in 20 academic and research institutions from all over Greece, have access to the Greek supercomputer.