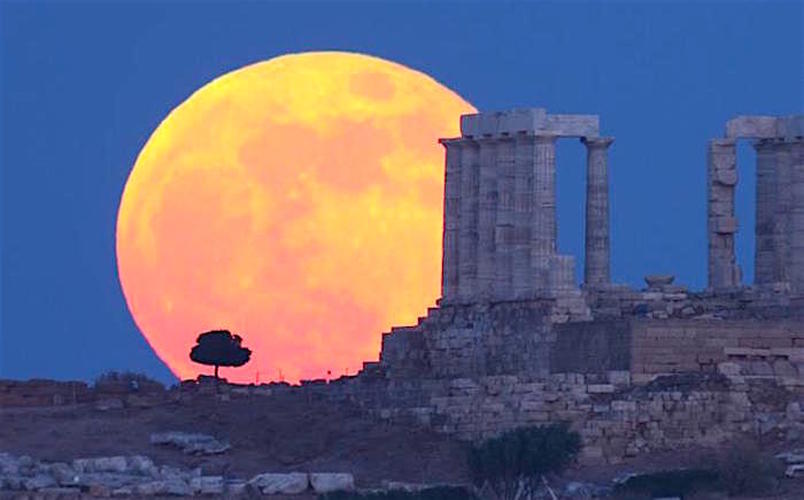 Sky-gazers in Athens will enjoy a double astronomical treat on Monday (August 7) as the August full moon will be followed by a partial lunar eclipse, visible from most parts of Europe, South and East Asia, Africa and Australia.

The full moon will appear on 22:11 (local time) and the partial eclipse, which will last almost two hours, will reach its peak at 21:22 (local).

The National Observatory of Athens will open the small building on the hill of Pnyx housing the Doridis telescope from 20:30-22:30, where visitors will be able to observe the two phenomena.

To celebrate the full moon, the National Archaeological Museum (NAM) will have a free entrance from 20:00 until midnight for visitors to wish to be guided through exhibits such as the gold treasures of Mycenae, the Cycladic figurines, the masterpieces of ancient sculpture and the Antikythera Mechanism by archaeologists or tour guides (20:00-21:30) during the “Night-time Stories” event.