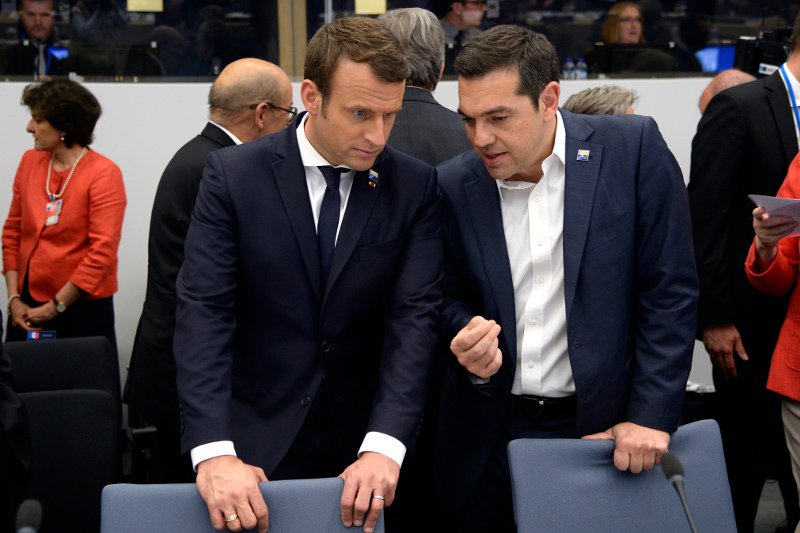 French President Emmanuel Macron will travel to Athens next month to send a message to fellow eurozone leaders about the need to strengthen the currency union, at a time when Greece is emerging from years of economic crisis, French officials said.

He will be in an official visit in Athens on September 7 and 8, accompanied by French business leaders to promote investments in Greece, where the economy has been ravaged by the debt crisis.

“The idea is for France to be on Greece‘s side to help this recovery,” an adviser to Macron said, taking heart from Greece‘s return to the bond market last month, after a three-year hiatus.

“But the symbol, the substance of this visit is also to say that the eurozone must be deeply reformed,” the adviser said.

“The crisis exposed harmful dysfunctions and weaknesses. Greece can bear testimony to that,” he said. “We have avoided the worst, but we can’t go through another crisis which, for Greece or another country, would push us all to the edge,” the official added.

Macron’s proposals are serious ideas driven by the belief that “we fundamentally think we must equip the eurozone so it can face any new difficulty in the future.”

It remains unclear, however, how much sovereignty France, and particularly Germany, Europe’s biggest economy, are willing to transfer to a federal level.