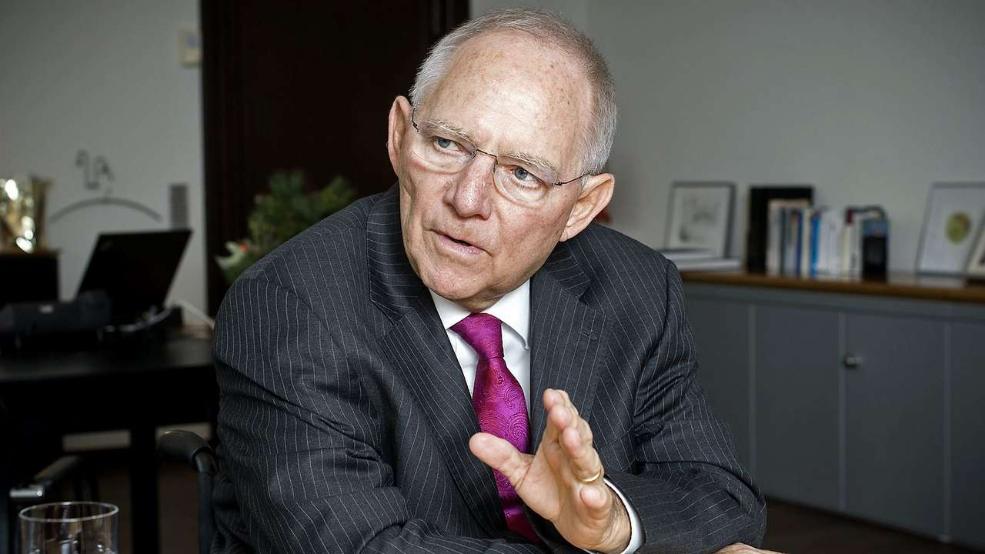 German Finance Minister Wolfgang Schaeuble is working on a proposal that would allow southern eurozone countries to tap into the single currency bloc’s bailout fund to boost investments during the recession, German newspaper reports.

If the unsourced report in the mass-selling German daily Bild is confirmed, the plan would mark a major change of policy for Schaeuble who had, until recently, always opposed transfers from richer eurozone countries to poorer members like Greece.

Bild said Schaeuble intended to make the proposal after Germany’s September 24 election, in which the conservatives led by Chancellor Angela Merkel are expected to win.

In exchange for more flexible access to the ESM, Schaeuble wants the fund to have more say over national debt and budgets.

This could spell good news / bad news for Greece. Use of ESM funds for investment could provide the country with a much-needed boost in employment, but it might come with a price, furthering austerity measures and high primary state budget surpluses.

Bild added that the proposal was a goodwill gesture toward French President Emmanuel Macron who has vowed to work with Merkel on a roadmap for closer eurozone integration. Macron’s proposals are to be announced during his official visit to Athens in September.

The Finance Ministry was not immediately available to comment on the report.