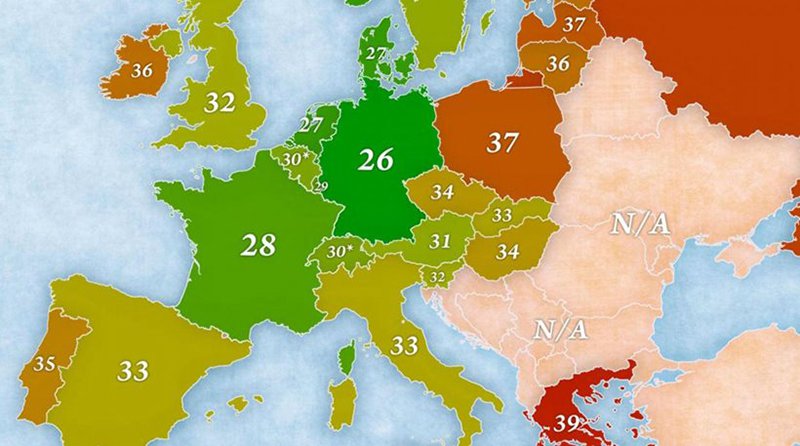 The idea that Greeks are lazy, laid-back people when it comes to work has been a prejudice widely spread in northern Europe; and particularly in Germany, as the causes of  Greek recession.

However; new data released today by the Organisation for Economic Co-operation and Development (OECD) paint a very different picture, and it shows that Greeks are the hardest working people in Europe.

According to the data, with 2,035 working hours per year (an average of 39 hours per week), Greece is positioned in 9th place in the world, way above any other European country.

This data is pretty impressive by itself, but even more so, if one considers both the huge unemployment rate and the rising number of part-time jobs in post-recession Greece.

In the rest of the world, OECD data shows that the only countries with more average working hours than Greece are South Korea, Taiwan, India, Costa Rica, Brazil, Mexico, Singapore and Hong Kong; which tops the list.

Concerning Europe, the country with the fewest number of hours per week was Germany, with an average of 26. The UK averages 32 hours per week.

Cartographer and self-described linguist and mathematician Jakub Marian created the map featured above, based on the OECD data.