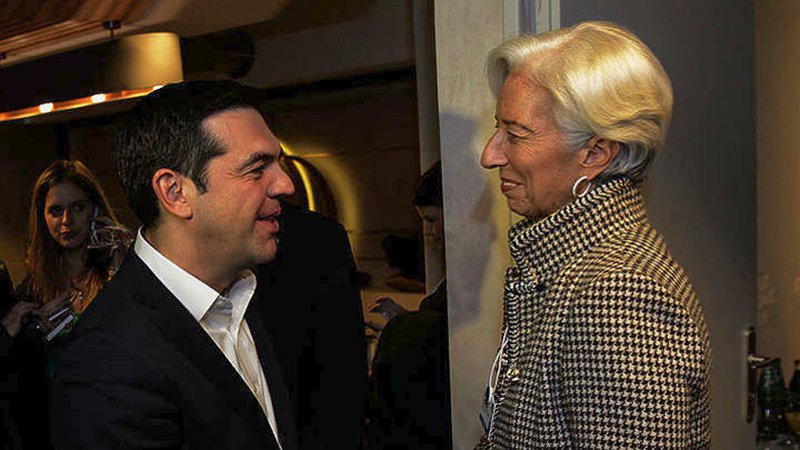 Both representatives of Greece’s lenders praised the PM for the progress in the bailout review.

Tsipras first met with Commissioner Moscovici, who according to government sources, was content with the new phase of confidence and credibility between Greece and the EU and expressed his hope for a successful completion of the bailout programme in August.

The EU Commissioner expressed his satisfaction at the speedy conclusion of the third bailout review negotiations.

Tsipras and Moscovici will meet again on February 8, when the EU Commissioner visits Athens.

An hour later, the PM had a short meeting with IMF director Christine Lagarde, who congratulated Tsipras for the progress his government achieved in economic reforms, in a tweet she posted after the meeting. They briefly discussed Greek reforms and the road to a Greek debt relief.

In a statement the IMF Chief said:

“It was a pleasure to meet with Prime Minister Tsipras in Davos today. I congratulated him on the progress Greece has achieved, a sentiment that was also reflected in the recent Eurogroup statement, and assured the Prime Minister of the Fund’s continued support for Greece’s adjustment program.

I also underscored that the completion of the reform agenda and provision of debt relief by Greece’s European partners are essential to support sustainable growth and a successful exit from official financing later this year. The Prime Minister and I agreed to work together toward these shared goals.”