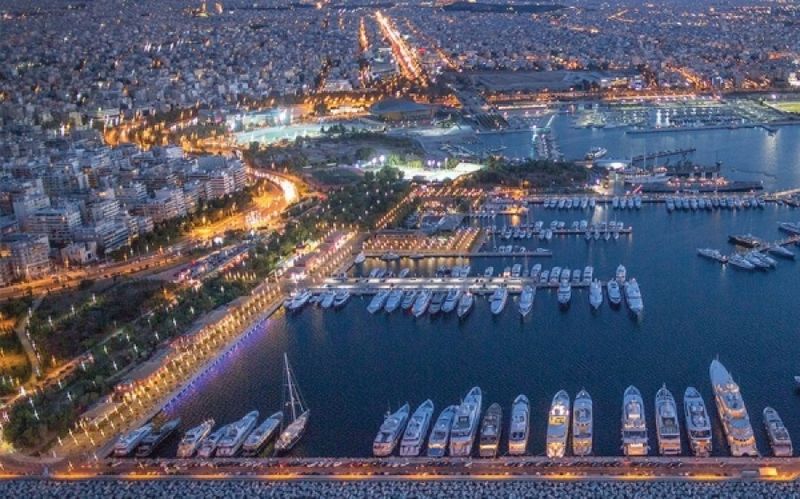 The reconstruction of the wider Athens coastal front, or “Athens Riviera“, is on track based on four pillars that will transform the area into a luxury seaside front.

According to Insider.gr, the reconstructed coastal front will host several international luxury hotel and resort chains, such as One & Only, Ritz-Carlton, Four Seasons, Waldorf Astoria, Fairmont Hotels & Resorts, Mandarin Oriental and Autograph Collection.

The four pillars of the reconstruction project are the areas of the Asteras of Vouliagmeni, the Stars of Glyfada, the Hellinikon project and the Faliro Bay. The project will benefit not only the residents of the seaside neighborhoods but the Greek economy overall.

The first two projects that are to be completed soon are, the Four Seasons chain in the Asteras of Vouliagmeni resort, and the reopening of the Stars of Glyfada resort, both scheduled to be operational by the summer of 2019.

The €600 million overall renovation of the hotel complex is progressing very quickly, as its approval by the Greek State has already been signed.

The project of redevelopment of the region is expected to start over the next few weeks and with an initial investment of €100 million. The plan includes the renovation of two of the three existing hotel facilities and their reopening as Four Seasons Astir Palace Hotel Athens.

The complex will have two luxury hotels, the “Nafsika” with 110 rooms and 22 suites and the “Arion” with 102 rooms and 20 suites. Also, the existing 58 bungalows of Asteras will be fully renovated.

The investors’ plan also includes the building of 13 seaside luxury villas and the upgrading of the Vouliagmeni marina.

The Stars of Glyfada

The 258 acres of the Stars of Glyfada leased until 2042 by Grivalia Hospitality, a subsidiary of Grivalia Properties, are to become a luxurious city resort.

Although the company has not yet fully disclosed its plans, it is expected to revive the renowned “Asteria Hotel”, with a clear reference to the glorious past of the historic hotel.

The investment will generate about 1,000 new jobs and will literally transform the site of the former Stars of Glyfada. The luxury hotel complex will include swimming pools, villas, spa and a conference hall for 600 people.

The biggest of the four projects and one of the largest in Europe; the area of the former Athens airport at Hellinikon, will actually be transformed into a luxury city. After the recent approval by the Council of State, the joint venture under Lamda Development that has undertaken the project includes: Metropolitan Park, luxury hotels, casinos, office space, shopping centers and residences.

The project will progress gradually in three phases. The first phase, which will take  approximately five years, includes the reconstruction of the Saint Kosmas coastal zone and the formation of at least 45 percent of the Metropolitan Park. In particular, port works, transport infrastructure, streamlining and communal spaces will be implemented.

The most important interference in the Metropolitan Park road network is the displacement of the 1.400 meter long axis, with the underground span of approximately 1.100 meters of the seaside Poseidonos Avenue.

In the second part of the first phase of the project, which is expected to last from the sixth to the tenth year of the development, the projects focus on the development of uses related to Tourism – Recreation. During this period, an integrated 5-star tourist complex which will include additional conference and casino facilities. A high-rise 4-star hotel building is to be raised in the area of ​​Vouliagmenis Avenue. Finally, a 4-star hotel will be built next to the Metropolitan Park.

During the second phase of development (11 to 15 years), the procedure includes the construction of commercial activities such as: offices, administration, retail stores, educational and research centers. In addition, facilities  to promote medical tourism are included in long term plans.

During the third phase (16 to 25 years), the planned developments are related to complementary developments in the commercial activities of the second phase, such as more offices, retail stores, entertainment centers, educational and research centers.

The redevelopment of Faliro Bay will not only solve the major flooding problems the area is facing, but it will also connect the center of the capital with the coastal front.

The 800-acre area along a coastline of approximately 2 km. includes the coastal zone around the urban areas of Moschato, Kallithea and Palaio Faliro, from the estuary of Kifissos River to the Palaio Faliro Municipal Sports Center.

The construction of a “dry” canal, parallel to the new avenue and 35 meters wide, which will receive the rain waters of the surrounding neighborhoods. Also, ducts with bidirectional flow direction will operate, both to draw water from the sea and to “clean” the bed from stagnant waters and to absorb the rains.