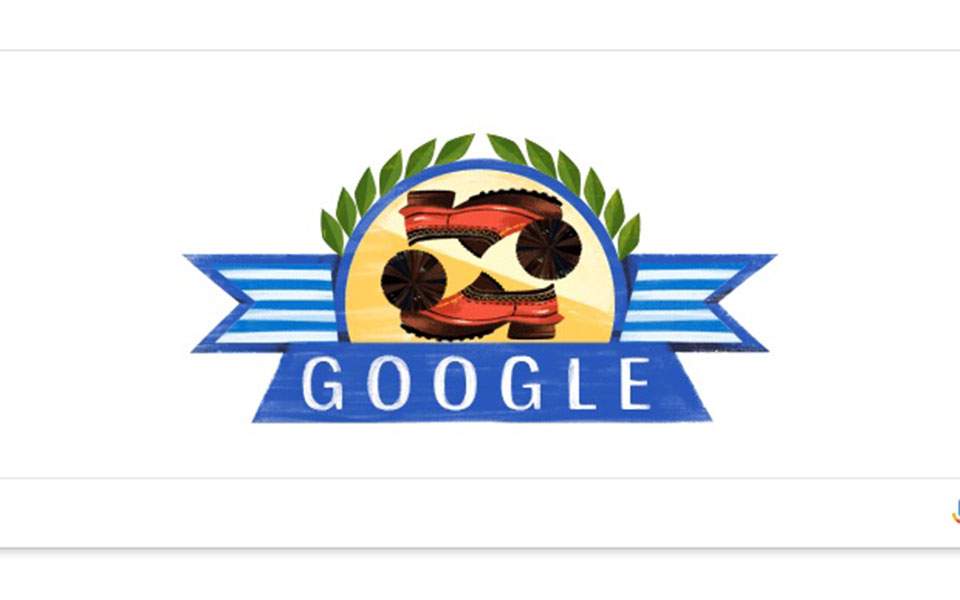 Many Google users might be wondering why two weird-looking shoes appear above the search engine’s logo on March 25th.

The strange shoes are called tsarouchia (plural for tsarouchi) and they are the shoes worn with the traditional Greek costume, which goes back to Greece’s War of Independence against the Ottoman Empire that started on March 25, in 1821.

Greece’s brave rebel fighters were wearing these shoes when they — literally and figuratively– kicked the conquerors out of the country.

The tsarouchi was worn until the end of the 19th century in Greece, with some shepherds in rural areas wearing them until the 1950s.

Google’s graphic designers chose to present a pair of tsarouchia with laurels, framed with the colors of the Greek flag.